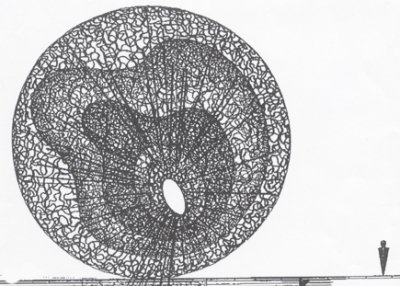 PHUKET: The Office of Contemporary Art and Culture in Bangkok and the Phuket, Phang Nga and Krabi Provincial Cultural Offices have commissioned artists to create tsunami memorial sculptures to be erected at Kamala Beach, Bang Niang Beach in Phang Nga Province, and on Phi Phi Don.

The Director of the Phuket Provincial Cultural Office, Thawichat Intararit, told the Gazette, “Award-winning Thai artist Udon Jiraksa from Nakhon Sri Thammarat will create the sculpture for Kamala and American Louise Bourgeois will do the one on Phi Phi, while Swedish artist Lars Englund’s work will be placed on Bang Niang Beach.”

He added, “The artists have total control over their works. I’ve met with one of the organizers, Laemkon Art in Bangkok, along with the OrBorTor, to discuss where the artists can work on their projects and how to house the sculptures while they are being created. The projects should be finished by March.”

Udorn Jiraksa, who was born in 1974, won bronze medals in the 48th and 49th National Arts Contests, and third place in a Krung Thai Bank sculpture contest.

Louise Bourgeois was born in 1911 in Paris, but moved in 1938 with her American husband to New York, where she still lives. Even at the age of 95, she is still working, producing pieces strongly influenced by surrealism.

Her works have been exhibited in galleries all over the world, including the Tate in London and the National Gallery of Art in Washington, DC.

Lars Englund, from Sweden, was born in 1933 and is considered one of the most adept pioneers of Swedish 20th century art. Over the years, his work has been exhibited in Venice, Paris, Warsaw and New York, as well as in Sweden. In 1976, he was also commissioned to design Sweden’s 50-öre and one-krona coins.