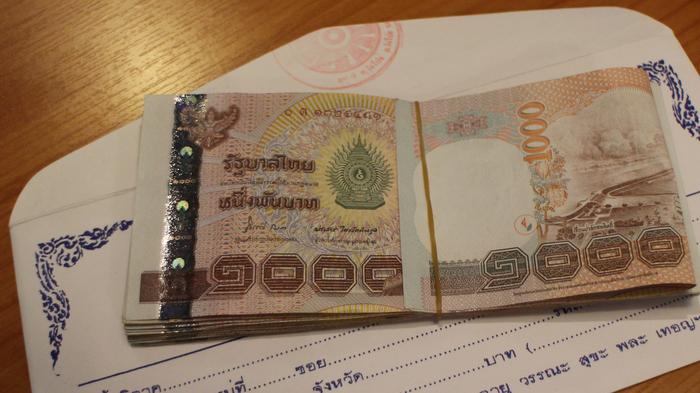 The statement follows an incident in which Srisoonthorn residents who asked to see donation collection permits were threatened by the collectors.

“Collectors often come to the Srisoonthorn market in the mornings to ask for money, claiming donations will go toward a temple development in the north of Thailand,” said Srisoonthorn Moo 3 headman Chalermchai Klongngam.

The Thalang Police advised locals to go to the site of the specific temple project they want to help, rather than handing money to collectors without proper documentation.

In order to gather donations, collectors must have a permit signed by the governor, said Mr Chalermchai.

“Anyone wanting to collect donations has to have permission first. They have to explain the purpose of the donations, their monetary goal and they must stop asking for money once they reach their target,” Mr Chalermchai explained.

“Do not donate money to someone who cannot present a permit, as it could be a scammer using religion for personal financial gains.”

“Officers cannot patrol all areas at all times, so we need you to look out for situations like this. Please call 191 immediately if you are threatened by collectors or know of someone who is,” Col Amnuay said.

Phuket pawnshop bolstered with B130mn as students head back to school