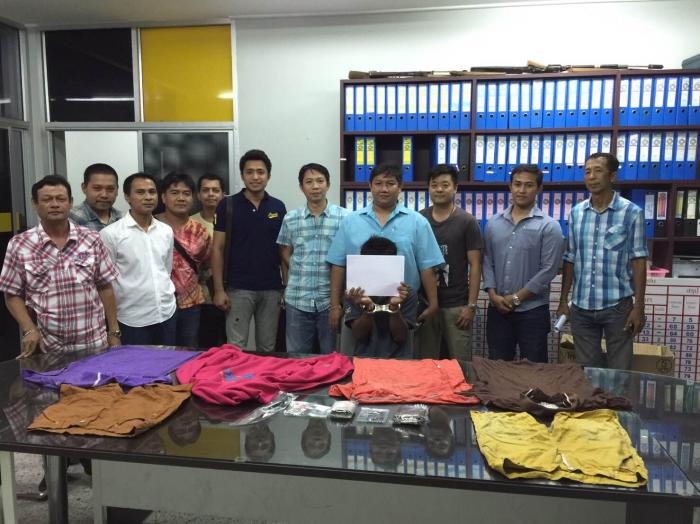 PHUKET: Police caught a convenience store robber yesterday after his third armed hold up in Phuket.

“The robber, named by police as Veerachai Singniew, 26, was arrested in Pa Khlok yesterday afternoon after he robbed a Family Mart in Baan Lipon, holding up staff with a 28cm-long kitchen knife.

Police tracked the man down to his home in Pa Khlok after checking CCTV footage, which revealed the number plate of his getaway vehicle, a Honda Click motorbike.

When police apprehended him, he had on him 3,560 in cash and the knife used in the hold up, confirmed Thalang Police Col Amnuay Kraiwutanan.

“Mr Veerachai confessed to Monday’s robbery. He also confessed to robbing a mini-mart in Patong on May 28 and another store in Karon on May 31,” said Col Amnuay.