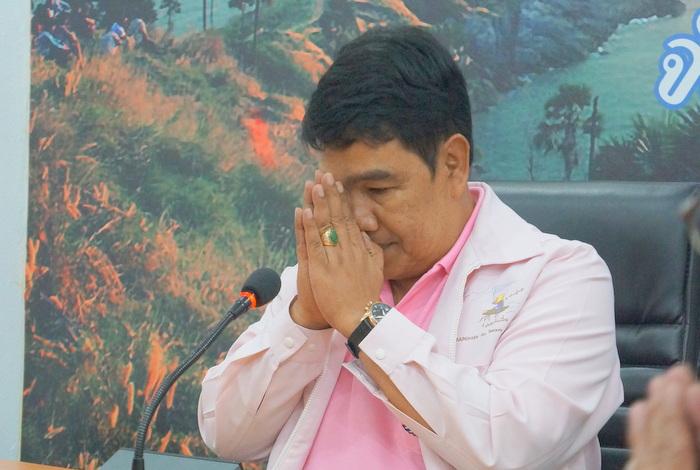 PHUKET: Surin Beach was dubbed a ‘Beach of Honor’ by the Phuket vice governor earlier this week, making it the third category of beach in the island’s management system.

Though the beach is unique for being the only one in this category so far, it will be managed in the exact same way as a virgin beach. Umbrellas, beach chairs and vendors offering any other services or goods on these beaches are banned, at least for the moment.

“This third category is set aside only for Surin, as HM King Bhumibol Adulyadej and HM Queen Sirikit visited its sands in 1959,” explained Phuket Vice Governor Chokdee Amornwat.

Last month, Ma-ann Samran, president of the Cherng Talay Tambon Administration Organization (OrBorTor), banned all umbrellas and vendors from the beach following their alleged inability to adhere to the recently established 10 per cent zone (story here).

In the wake of the ban, V/Gov Chokdee vowed to have all beach businesses on the west side of the Surin boardwalk demolished in time for the new year (story here).

The vice governor also confirmed this week that his team was still working on establishing permanent beach rules which will supersede those outlined by former Phuket Governor Nisit Jansomwong earlier this year.