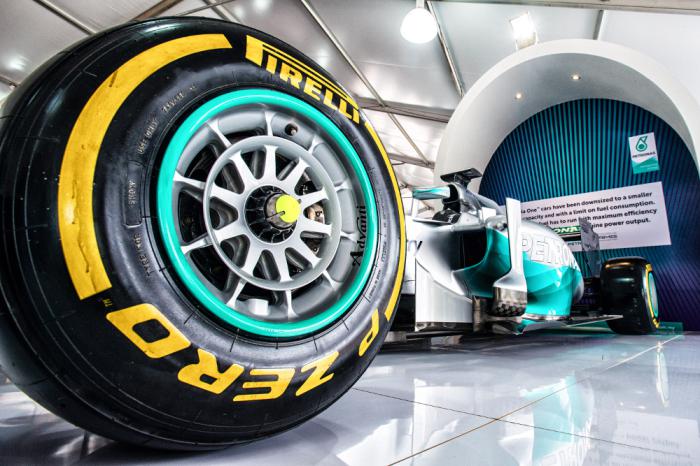 PHUKET: Far from the boiling heart of Malaysia’s Kuala Lumpur, wrapped in the steamy green of endless palm oil plantations, lies another heart. It doesn’t beat all the time like the city, but when it does, it pounds hard and loud and forces adrenaline to course through the veins.

Sepang International Circuit, found 13 kilometers from Kuala Lumpur International Airport (KLIA), is the heart that pumps fuel through the arteries of the potential 80,000 racing fanatics and speed junkies that the venue can hold. Inaugurated in 1999, the track hosts a number of big-ticket racing events, including the Moto GP Malaysian Grand Prix, A1 Grand Prix, Formula One Malaysian Grand Prix and a number of other major races.

The 5.5km-long track is known for its unusual design and environmental challenges that the cars and drivers are confronted with. High temperatures, high humidity and frequent precipitation pose unique problems for racing teams to solve.

This year’s F1 Malaysian Grand Prix saw racing teams with a whole new host of challenges to contend with, as many F1 fans are certainly aware of. Coming off the heels of a seven-year stint utilizing 2.4 liter fuel injected V8 engine configurations, the Federation Internationale de l’Automobile (FIA) has changed many of its stipulated rules, including the engine designation. Now, teams representing Mercedes, Ferrari, Lotus and more, have had to go back to the drawing board to see what they can squeeze out of a 1.6 liter turbo-charged direct injection V6.

To further complicate the vehicles, which are considered the crowning glory of open-wheeled racing cars, the FIA has also deemed it necessary to double the output of the energy recovery system (ERS). Implemented in 2009, the ERS has a similar function to regenerative braking systems found in consumer hybrid vehicles. Previously, the system provided about 80 horsepower for 6.67 seconds per lap – now those numbers are up to 160 horsepower for 33 seconds per lap, leaving it up to teams to carefully develop strategies for finding the appropriate time to take advantage of this extra power.

The regulations have undergone more changes, both mechanically and physically, such as a minimal weight that is 49 kilograms heavier, variations in body structure, different exhaust specs and, notably, a maximum fuel usage per race and flow per hour. This last change is quite the contrast compared to the unlimited fuel consumption allowed before, to the 100kg per race cap that is now enforced.

In case you haven’t gleaned the message from all of the latest regulatory changes, the new generation of F1 racing is about doing more with less. Efficient. Fast. Smart. This is the new mantra. Are people accepting the changes with open arms? Not so much. A big complaint, somewhat surprisingly, is the different sound of the engines. A smaller turbo-charged engine sounds much more like a screaming jet than the roaring gurgle of the previous V8s. This may be a judgment being passed by those who are only watching the races on TV, but I can assure you, they are plenty loud in person and certainly continue to exude a sound of raw power, but perhaps more refined.

Contrary to prior concerns, the cars continue to be ridiculously fast, reaching speeds upwards of 300km/h. Although lap times are slightly slower, drivers are still settling in to the new cars and honing the strategies which will enable them to utilize the cars to their full potential. After all, the Petronas Grand Prix at Sepang was only the second race of the season.

So what makes racing at Sepang challenging? To start with, the track is located in equatorial jungle which is blistering hot most of the time. The huge turbos, which can push 50psi, which is three to four times that of a consumer turbo-charged car, have to work harder to build compression as air density is inversely proportional to temperature. Of course, the entire engine will run hotter, reaching upwards of 900-degrees Celsius, making many aspects of efficiency, reliability and power production difficult to control and maximize.

The tropical humidity found at Sepang is palpable, to say the least, and poses another hurdle for teams to contend with. The day before the Grand Prix saw drivers racing in the qualifiers in 33-degree heat accompanied by an oppressive 94 per cent humidity. Even when it is not raining, which it often does to the dismay of all involved, the track is slick and subjects drivers to a learning curve in order to adapt their braking, acceleration and cornering to the reduced traction.

The racing world is buzzing, or maybe shrieking, about all of the new changes and regulations. Some are concerned that Formula One is being reduced from an adrenaline-drenched, head-to-head, elite racing showdown to an over-conservative procession of sissy-sounding Prius’ burdened by stifling regulations.

However, there are a variety of perspectives to view these changes from. Yes, the engines are smaller and quieter, but the end result is a greater weight to power ratio than before. Drivers have access to a considerable amount of extra power that they must use sparingly and strategically. And maybe the cars aren’t as loud, but it is a sound with purpose… and they are still painfully loud in person. F1 racing is far beyond raw, furious power. It is full of strategy and sophistication, and the new sound is the refined auditory representation of the product from the world’s leading automotive engineers.

The new bodies are not only works of art, but safer. The fuel restrictions show two things: that the FIA isn’t afraid to change and continue to develop the sport despite the naysayers, and that instead of force-feeding fuel to big engines, they aim to prove that engineers have the ingenuity to create machines that can do the same thing, if not more, while consuming considerably less. The fact that teams were previously allowed eight engines per season, which has now been reduced to five, further reinforces this point.

There you have it. Things have changed, and maybe F1 is now less like arm wrestling and more like chess. Some will hate it, but some will interpret the next generation as a step towards the future. They will lose some followers along the way, but those who can appreciate the sport’s desire to push the limitations of the latest technology to the limit will witness the evolution of intelligent automotive racing unfold.