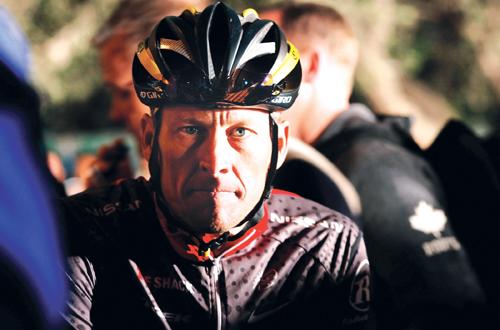 PHUKET: Sports stars are among some of the most revered men and women on the planet. Those who excel at their chosen sport are seen as gods among us mere mortals and they are rewarded accordingly.

But a fall from grace for someone at the top of their game is viewed with as much, if not more, interest than any sporting endeavor they participated in.

The media circus that followed Lance Armstrong’s admission of doping during each of his seven Tour de France title campaigns was more intense than any coverage he gained on his bicycle.

The downfall of a sports star grips fans and non-fans alike. Below the Phuket Gazette recaps some of the major scandals that have made news headlines the world over during the last six months.

Oscar Pistorius put on his artificial legs and walked across his bedroom before firing four handgun rounds into a locked bathroom door, killing his cowering girlfriend, Reeva Steenkamp, in cold blood, prosecutors said in February.

Pistorius secured his place in sporting history by becoming the first double amputee to compete at the Olympics and was an inspirational figure to many.

Standing alone in a courtroom in Pretoria, South Africa, the severity of his actions etched over his face, “Blade Runner” Oscar Pistorius was a million miles away from the worship and adulation he received for his efforts at the London Olympics in July, 2012.

The South African was eliminated from the 400-meters and finished last in his semifinal, but his presence was always likely to be more significant than his achievements on the track.

A high court ruling recently eased Pistorius’ bail restrictions on appeal and has allowed him to travel to compete, which means he could race at the World Championships in Moscow in August.

His next court appearance is set for June 4. The fact that he is awaiting trial for the premeditated murder of his girlfriend – a charge which he denies, saying he thought she was an intruder – and the fact that the International Association of Athletics Federations (IAAF) spokesman Yannis Nikolau backs his return to the track, means that Blade Runner could be competing at race meets across Europe, while at the same time fighting to clear his name in a courtroom in South Africa.

“It is up to the meeting organizers to invite him for the one-day meetings. If he qualifies for Moscow, then on the basis of innocent until proven guilty, he will be free to run.” Nikolau said.

Bruno Fernandes was tipped to represent Brazil at the 2014 World Cup; however, instead the ex-Flamengo goalkeeper will be serving a 22-year prison sentence for ordering the kidnap and murder of his former lover, Eliza Samudio, who was dismembered and fed to his pet dogs.

The prosecutors alleged that she was murdered after demanding that Bruno pay child maintenance for their baby son.

Bruno was a fan favorite who had played for Brazil’s biggest club, Flamengo, since 2006. On the pitch, he helped his team win the national championship in 2009, and before his arrest in 2010 he was tipped to make a lucrative move to Europe, with AC Milan the possible destination. The court case, which started in 2010 and ended with his conviction in March 2013, gripped the soap opera-obsessed nation and gained huge media coverage, with the Brazilian press comparing it to the OJ Simpson trial.

Lance Armstrong was diagnosed with testicular cancer in 1996. By 1999, he had beaten the cancer and claimed his first of seven Tour de France titles. All of this was to come crashing down around him in spectacular fashion after he was banned for life and stripped of his race wins, including those seven Tour de France victories, after a US Anti-Doping Agency report last year described him as the ringmaster of the “most sophisticated, professionalized and successful doping program that sport has ever seen.”

It wasn’t until Lance Armstrong was interviewed by Oprah Winfrey on her TV show, in January of this year, that he admitted to cheating. On the prime time show, he admitted to using testosterone and human growth hormone, as well as EPO (Erythropoietin). In addition to using drugs, Lance also admitted that he took blood transfusions to help him excel in the increasingly competitive sport. Armstrong was denied the chance to compete at the recent Masters swimming competition in Texas, after the world swimming governing body FINA ruled that he could not compete.

It isn’t just professional players who have run-ins with the law. Two high school American football players from Ohio were found guilty last month of raping a 16-year-old girl at a party last summer while she was passed out drunk. Because the victim did not remember what had happened, scores of text messages and cellphone pictures provided most of the evidence.

The use of third party evidence was seen to highlight the power a high school American football team held over other teenagers, who documented and traded pictures of the assault while doing nothing to protect the girl.

Members of Australia’s 4×100 meter freestyle team recently admitted using a banned sedative in a “bonding session” prior to last year’s London Olympics. The relay team were expected to claim a medal at the Olympics, but they finished a disappointing fourth in the event.

Last month in Australia, anti-doping investigators interviewed 30 National Rugby League (NRL) players as part of an ongoing probe into the use of banned performance-enhancing drugs.

The Cronulla Sharks fired their head coach and four other club officials, including their team doctor, in response to the enquiry.

A global betting scam which was run out of Singapore fixed hundreds of football matches across the globe from 2008 to 2011, Europol alleged in February.

The Europol report claimed that about 680 suspicious matches, including qualifying games for the World Cup and European Championships, and the Champions League for top European club sides, have been identified in an inquiry by European police forces, according to the European anti-crime agency Europol and national prosecutors.