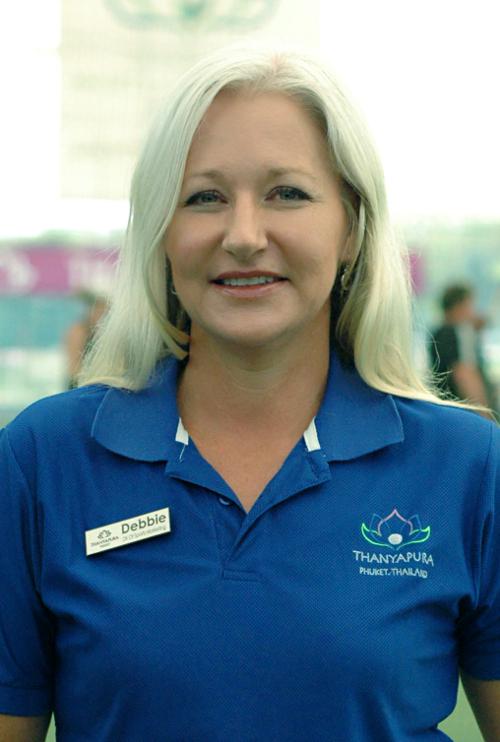 PHUKET: Continuing to gain momentum under new leadership (see story here), the island’s premier sports and wellness destination Thanyapura Phuket has made another key appointment in its quest to export its “active healthy lifestyle” concept globally.

Debbie Dionysius, the key figure in transforming the Phuket Triathlon into Southeast Asia’s premier multi-sport event, has joined Thanyapura Phuket as its Director of Sports Marketing. Ms Dionysius was previously the long-standing Assistant Vice President of Destination Marketing at Laguna Phuket, home of the Challenge Laguna Phuket Tri-fest and the Phuket International Marathon.

“When you get an opportunity to hire someone like Debbie, you grab it with both hands,” he said. “She is a hugely respected professional who has proven time and time again that she gets the job done – and gets it done exceedingly well. We have a boundless vision for Thanyapura Phuket, and taking the Thanyapura brand to the world, and we know Debbie will help us achieve it.”

It is a concept that has garnered much worldwide attention, with Thanyapura International Chief Executive Robert Hauck spearheading the export of Thanyapura’s “get more out of life” philosophy to the world.

It begins with Thanyapura’s renowned three-dimensional coaching approach, aimed at people from all walks of life, utilizing a blend of leading edge sports training techniques and world class coaches, consultants and facilities, along with a focus on the mental aspect through the Thanyapura Mind Center, and overall health and wellness from the latest scientific perspective via Thanyapura Integrative Health Center.

Ms Dionysius said the chance to work for Thanyapura, given its cutting-edge, progressive nature and team of champions, filled her with excitement.

“I feel everything I’ve done professionally has been leading to this point,” she said. “This is a hugely impressive concept that, as someone who has steered major sporting events and is health conscious, I believe in whole-heartedly.”

Ms Dionysius has lived in Phuket since 1995, when she was appointed Laguna Resorts and Hotels’ Destination Marketing Manager.

Mr McCormack and Mr Gilliam are also recent appointments. Mr McCormack has won more than 200 triathlons and is an all-time great in the sport, and his winning mentality, healthy lifestyle, attention to detail and steely discipline are major assets.

Mr Gilliam has been with “Team Macca”, as the McCormack juggernaut is known, since its inception. Over 30 years he has established himself as a highly respected sports personality and health industry identity in Australia, coaching many of the country’s elite athletes.