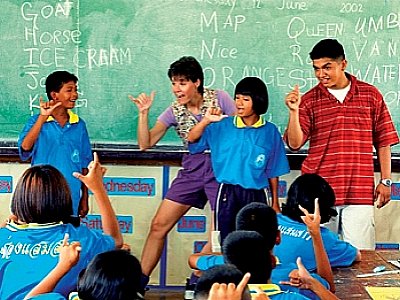 PHUKET: The results of the latest Phuket Gazette online poll show that a strong majority of foreign and expat residents find English-language skills in the local tourism industry very poor – but the small fraction of Thais who took part tended to rate them quite highly.

A total of 1,864 people took part in the two-week poll launched on May 22, which asked readers: Phuket is among the best-known international tourist destinations in Asia. As such, how would you rate the overall English-language skills of local people working in the tourism industry here?

There was a stark disparity among the three demographic groups: those who identified themselves as “Thais”, “foreign local residents” and “tourists”.

Tourists had the least flattering assessment, with 65% choosing “incomprehensible” and 13% opting for “poor”. Only 2% of tourists chose “excellent”.

In stark contrast, of those identifying themselves as Thais 44% chose “excellent” followed by 21% who chose “very good”.

To comment leave a post in our readers poll below. The Phuket Gazette welcomes all comments that meet our house rules.

To view an editorial on this topic, pick up a copy of the next edition of the Phuket Gazette available at news stands across the island this weekend.