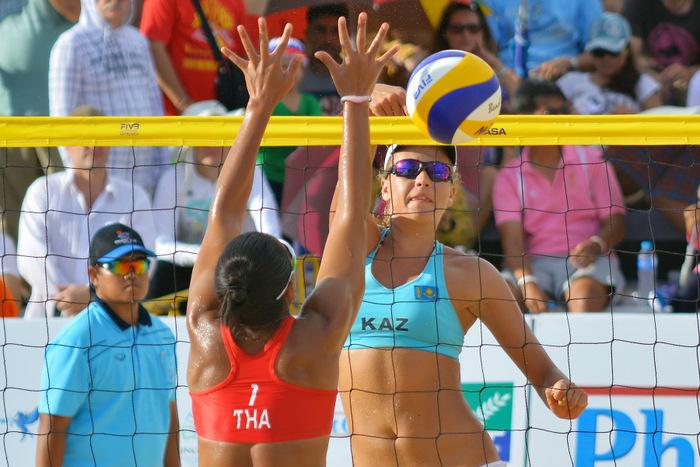 PHUKET: Karon Beach is preparing its sands for the Thailand Beach Volley Festival Phuket powered by PTT on March 23 through March 27.

To date, entries have been received from Asia, Australia, Europe, North America and South America. The tournament is open to amateur players of all levels of proficiency.

The program includes a beach party on March 26 for participants and closes with the prize presentation ceremony on March 27. There will be medals for first, second and third place in each class and certificates for all participants.

To accommodate the large number of teams expected to compete in the tournament, a total of six courts will be setup on Karon Beach, including a center court with seating for spectators.

Supporting the main event will be a number of activities including the PTT Schools Cup and the PTT Beach Volleyball Clinic, which will be held on the final two days of the event. There will also be beach volleyball coaches on hand to run clinics for individuals and groups who want to learn the basics of the sport or take their skills to a higher level.

It’s been over two years since the FIVB Phuket Open graced the sands of Karon Beach, which was successfully organized by the same team bringing the Thailand Beach Volley Festival to Phuket. Video: PGTV

For further information and entry forms for the tournament, please go to www.pentanglepromotions.com or https://www.facebook.com/Phuket.Thailand.Open