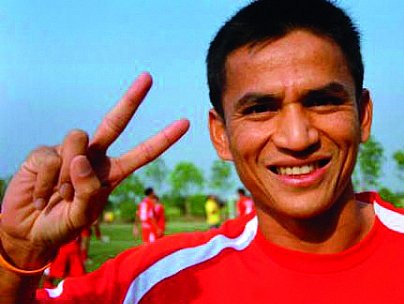 PHUKET: THE clash of legends on Phuket. In mid-June, a team of former Thailand internationals hope to turn back the clock and take the game to a potent force of illustrious former Liverpool FC players.

One of the most celebrated strikers ever to wear a ‘war elephants’ shirt is Piyapong Pue On. A national hero, he has represented Thailand on 129 occasions between 1981 and 1999. With an astonishing 103 goals, he still holds the record as this country’s most prolific scorer.

Piyapong has been given the task of managing the Thailand team which will challenge Liverpool FC for the Prime Minister’s Cup on June 13 in Bangkok and on June 18 in Phuket.

Proceeds from the charity matches will go to support the Youth Football Home foundation in Thalang.

“I was asked to be player/manager about three months ago and it is a great honor to have this responsibility,” said Piyapong.

“The games are for a great cause, but I relish the opportunity to play against this great team and the players, I know, are very much looking forward to the challenge,” he said.

Scouted by South Korean K-League team Lucky-Goldstar Hwangso [now FC Seoul] in 1984, Piyapong was such an inspiration the club was crowned champions in his first season. He scored 12 goals in 21 games, which also won him the accolade of the league’s top scorer – the first time a foreign player had ever done so and a feat unrepeated until 1999.

“I come from a generation of amateur players. We played with much more spirit than those in the modern game. Nowadays the players are professional athletes. They can analyze and compare games and playing techniques, which greatly improves performance. It’s a different motivation when you play for big salaries, as opposed to playing just for the love of the game,” Piyapong said.

The day after Piyapong’s Thailand team face Liverpool, the full national squad were due to play Bahrain with hopes of qualifying for the 2012 London Olympics, but have now been eliminated due to fielding an allegedly illegal player.

“This is unfortunate. They had a good chance to go forward in the competition. But we are moving in the right direction and if the team’s results and fortunes improve, we should see a big impact in about four years,” he said.

“Right now I want to focus on the Liverpool games. We are helping a worthy cause so I won’t put too much pressure on my players, but I expect a great game and look forward to socializing with players and supporters,” Piyapong said.

Kiatisak Senamuang, named as player-coach for the two-game rubber, is as much a household name in Thailand as Piyapong.

Nicknamed “Zico”, he has been capped 130 times for Thailand, but his goal tally ranges from 63 to 100 due to a conflict with FIFA over international appearances.

Kiatisak’s playing career began with Krung Thai Bank. From there he had spells in Singapore and Vietnam and one season in England with Huddersfield Town FC under Steve Bruce.

“This not my first time facing Liverpool. We drew 1-1 in 2009 and I exchanged my shirt with Sami Hyypia after the game,” he recalls.

“I hope many Thai people come to the game. It would be a great help to our team to have lots of support when we play these world-class players,” Kiatisak said.

“Obviously we don’t have the same abilities as when we were younger, but given the chance I’ll certainly try a few volley’s at goal and we’re not short of a few tricks either,” he said.

Asked for his response to the Olympic qualifying debacle, Kiatisak reflected the Thai players disappointment.

“This is a big mistake, but we’re not sure where the problem stems from. The Asian Football Confederation have placed the blame on Thailand, but they must look at their responsibility in the matter. The team is very upset, but are willing to get involved to clear the issue,” Kiatisak said.

“In the end, the Legends game is for charity and we hope to provide entertainment for football fans and raise awareness for this cause,” Kiatisak added.

The Legends game kicks off on June 18 at 6.30pm in aid of Phuket’s Youth Football Home, at Thanyapura, with the gates open from 4pm.

Tickets are available from HomePro outlets on Phuket or can be purchased at Thanyapura.

Dems out in droves in Phuket