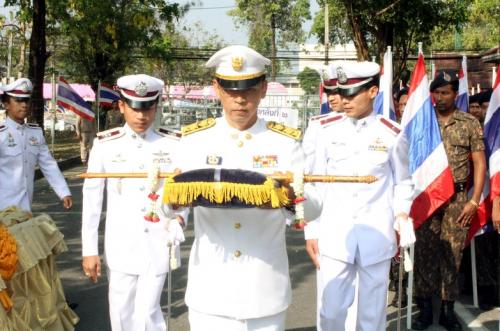 CHALONG: A teenager was blasted at point-blank range by young hoodlums in Soi Thanuthep yesterday afternoon while on his way to visit a friend. Nattawuth Somanon, 17, from Kata, was riding his motorbike along the soi, with two friends on another motorbike at about 1:30 pm, when two young men rode past in the opposite direction, Pol Maj Jessada Sangsuree, of Chalong Police Station, explained. “K. Aniruth [one of Nattawuth’s friends] said that the two men turned back and rode up to K. Nattawuth, then one shouted at him, ‘Why did you look at me? Got a problem?’ “The passenger then pulled out a handgun and shot K. Nattawuth in the chest, and he collapsed onto the ground,” said Maj Jessada, adding that the bullet used was a hollow point, designed for maximum injury. He died instantly. Maj Jessada said that police believe the two men involved in the shooting were gang members, and that the killer was already known to police. However, he refused to name the suspect, saying only that he has long hair and dark skin, and was dressed in a white T-shirt and jean shorts at the time of the shooting.