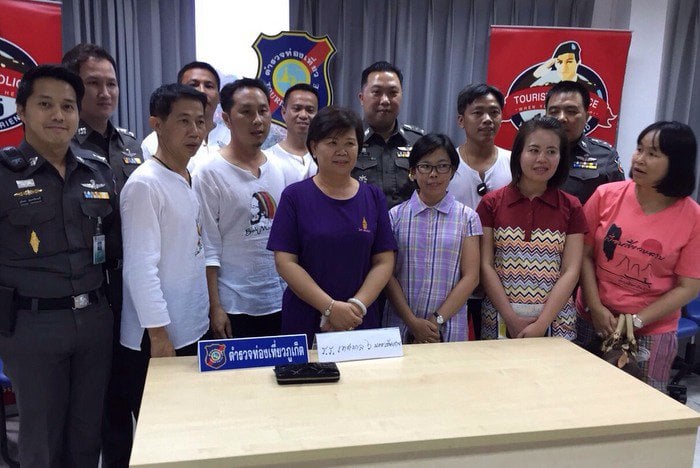 PHUKET: Police are searching for the owner of a black purse containing 40,000-baht-worth of mixed currency, which was found by a group of teachers inside the women’s restroom at a PTT gas station in Thalang yesterday.

“The teachers told Phuket Tourist Police that they found the purse near a sink in the women’s restroom. They opened it and found both Thai and Chinese currencies, so they thought it might belong to a Chinese tourist,” Jiratheep Jutkaew, a Tourist Police volunteer, told the Phuket Gazette.

Police will use the identification cards to try and track down the owner of the purse as soon as possible.

“We think the two identification cards are for Chinese nationals – one male and one female – but we cannot be absolutely sure, as they are written in Chinese,” Maj Urumporn Koondejsumrit of Phuket Tourist Police told the Gazette this afternoon.

“Tomorrow, we will take the purse to the immigration office to see if they can help us track down the owner.”

The teachers, from Municipality 6 School in Chiang Rai, are in Phuket as part of a trip to southern provinces for a study tour.

Police are asking the owners of the purse, or anyone who knows them, to contact the Phuket Tourist Police at 076-223981.