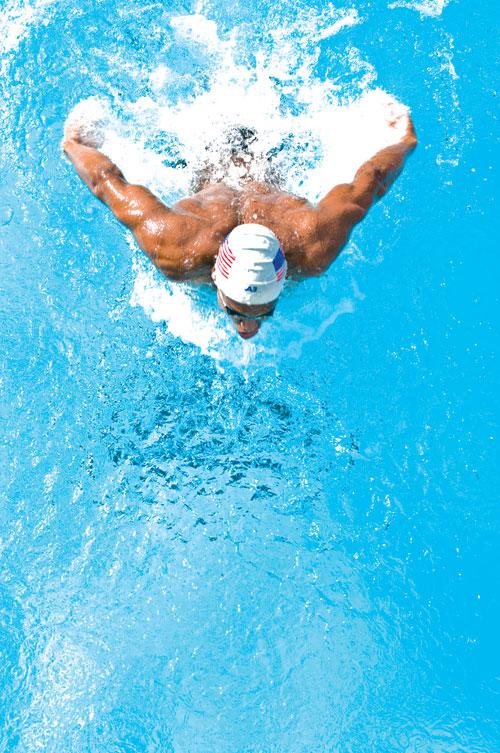 Attention to detail… when I was in the military, it was something I learned a LOT about. But it was a necessity. When you are out on missions for weeks at a time, and getting tired and hungry, the ability to pay attention to small details, like personal hygene and health (eating and sleeping,) become very important. The ability of a person to stay on top of these little details can be the difference between staying alert, healthy, and able to carry on with the mission or falling ill, getting injured or worse, becoming a casualty that requires others to stop doing their jobs to assist.

In sports, attention to detail can play an important part in the success or failure of an athlete. On deck, swimmers will hear me refer to “extreme” swimming. But what is it? It’s attention to detail. Focusing on little things ALL THE TIME! Anyone can focus on drills when that’s what you’re working on. And anyone can work hard when told to. But what about during warm-ups and cool-downs?

Isn’t technique just as important then? Is form and skill something we only work on at certain times during the workout? Shouldn’t it be ALL the time? And what about strength? Everyone is strong when they are rested. Can you be strong at the end of a workout, when you’ve been trying hard and are physically tired?

Can you be strong when you have had a bad day at school or work and mentally you just want to shut down? Are you able to be strong on Saturday mornings when you show up for training tired and sleepy after you’ve been up late with your friends on Friday night?

I think she’s referring to attention to detail…don’t you?

Volleying can be either the most satisfying shot in tennis, or be the most intimidating. It can be a very unfamiliar area on the court or an area of tremendous enjoyment.

In PBI we don’t use the word punch to describe the volley and this is the first layer to understand to become more effective at the net. Punching leads to a very aggressive mindset. You’re definitely hitting something. Your arm goes from bent to straight when you punch. This is a fantastic idea when you’re participating in a Muay Thai class here at Thanyapura, but we feel this is a negative action at the net on a tennis court.

Peter Burwash likes to call the volley a C&D shot, a controlled-directional shot. However, he is also the first to say if you are close to the net and the ball is high then just pound it, swing away, finish it – but until you get that opportunity for a super easy ball you need to be able to do a few other things.

The word ‘catch’ for the volley provides a much calmer and more realistic mindset for players. The volley should be about subtracting speed from the ball rather than adding speed. Simply put, adding is punching and subtracting is catching. When you catch a ball in your hand typically your arm is bent and your hands are soft, there is some ‘give’ when you catch an object. The same when you are volleying, there should be a little bit of ‘give’ and ultimately this give will equal feel and touch. The first layer that needs to be laid is for your hands to become softer, so catch the ball instead of punching it.

Another layer to add is aiming the volley. In reality this is the simplest aspect of volleying. We all understand mirrors and how they work. Aiming a volley is just like using a mirror. Simply put you are reflecting your opponents shot either back to them or away from them. Simply aim the mirror (your racket) where you want the ball to go and let it ‘reflect’ off of your racket. Aiming a volley is not such a big deal, getting to the ball and judging it correctly are far more difficult tasks, but once you get to the ball make it simple by just using your understanding of the mirror.

The last layer to add is the concept of backspin on the volley. If you understand the concept of having an open racket face (tilting the racket so it is slightly pointing towards the sky, or roof) then you are well on your way to being able to create backspin as you volley. A volley struck with an open racket face will create spin and there is no need to do anything more than that to create the spin. This spin creates friction with the air and slows the ball down. Spin also allows you to have more ‘feel’ when you are volleying. You must be able to ‘subtract’ speed on your volley to be a good volleyer. Spin, along with relaxed hands will allow this to happen.

The following are your points for review for getting unstuck with your volley game:

• Get away from thinking “punch”

• Think about subtracting speed when you volley, as opposed to adding speed.

•Use a mirror to aim your volleys, reflect the ball away from your opponent.

•Hit volleys with an “open” racket face in order to create spin and consequently control.

These points will increase your comfort and success at the net. Happy controlled volleying!

Need help? Having a clear mind without clutter and anxiety is a good start. Thanyapura’s Mind training has been designed to enhance mental faculty of attention by reducing and eventually eliminating the subconscious habits of mental hyperactivity (restlessness) and hypo-activity (dullness). It also promotes deep psycho-physiological relaxation, mental attentiveness, focus, resilience and endurance.

Phuket’s Tri-Fest just round the corner