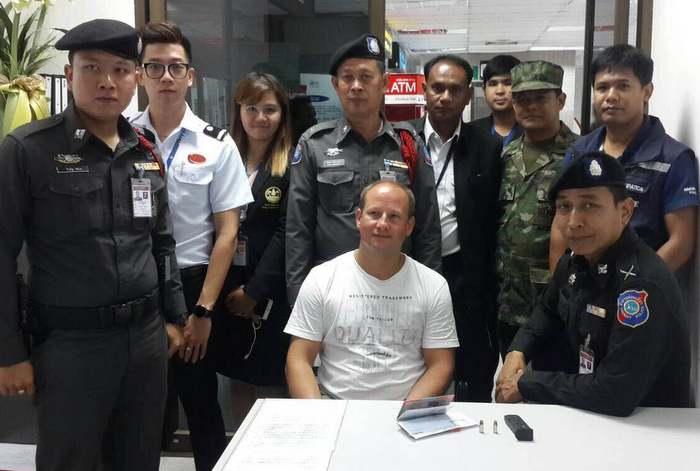 Officials discovered two rounds of ammunition and a firearm magazine in the bag of Andre Steinemann, 39, when he attempted to pass it through airport security.

“Security officials first asked if he had a licence to possess the bullets. When he wasn’t able to produce the required document, he was arrested,” said Monrudee Gettuphan, director of the Phuket International Airport.

Mr Steinemann was taken to the Tah Chat Chai Police Station and charged for illegal possession of ammunition.

“Following the terrorist attack in Paris, security at Phuket airport has remained our top priority,” said Ms Monrudee. “Enhanced security measures, including having military personnel on-site, are still in place.”

Island’s “Bike for Dad’ a success