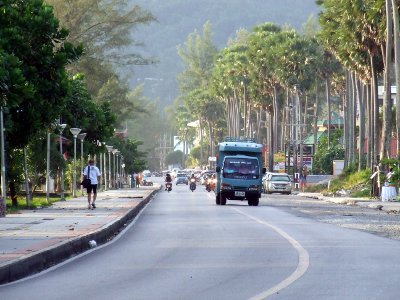 PHUKET; A Swedish tourist in Phuket had his gold chain and other valuables snatched by a pair of women he claims were Russian, according to a local media report.

Swedish tourist Peter Wentzel, 40, was walking along the Karon beach road at 11:30pm last night when two foreign women pulled up in front of him on a motorbike and asked for cigarettes, reported this morning’s edition of Siangtai Daily.

Suddenly, one of the women ripped a gold chain from around his neck and swiped his mobile phone as well as 8,000 baht in cash before they sped off toward Karon Circle.

The Swede told Chalong Police duty officer Nitikorn Rawang that he thought both women were probably aged between 30 and 35. They spoke in Russian, he said.

Mr Wentzel arrived in Phuket on February 7 for a one-month stay and was a guest at a resort in Kata, not far from where the alleged theft took place.