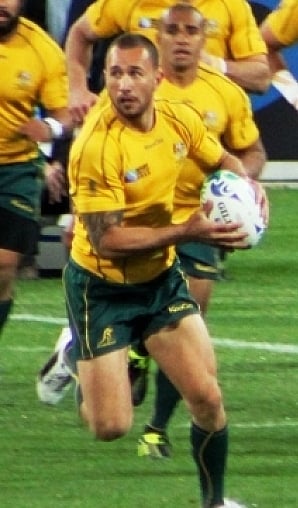 PHUKET: “Everyone was trying to get at me personally, but I definitely think I’m going to be better off for it. I got used to it and I think I drew a lot of confidence out of it. It was just about getting on and doing the best I could for my team. I feel I did that.”

Australia’s out of form outhalf Quade Cooper is clearly not aware of the word humility. Cooper had a shocking world cup and showed only occasional flashes of his potential.

In the final moments of the semi-final against New Zealand, Cooper kicked the restart out on the full and was then tackled into touch to end the Wallabbies 2011 rugby challenge. Not the way to be remembered, nor do the best for your team.