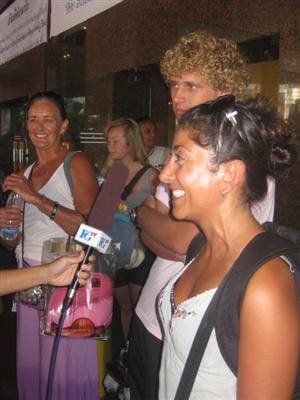 PHUKET: Passengers booked on a Sydney-bound Jetstar flight were stranded in Phuket on Australia Day after their aircraft developed mechanical problems.

Jetstar Flight JQ28, due to depart from Phuket at 9pm on Monday, was canceled by the no-frills carrier for safety reasons.

The cancellation left about 270 of the passengers stranded on the island.

Passengers, put up in a Phuket Town hotel on Monday night, were told they would leave at 5pm on Tuesday, which also happened to be Australia Day.

But after they had already boarded the aircraft yesterday, they were told to deplane yet again, the carrier again citing maintenance problems.

The beleaguered Aussie tourists spent another night in Phuket before finally catching their replacement flight, which took off from Phuket International Airport at 5:30pm today.