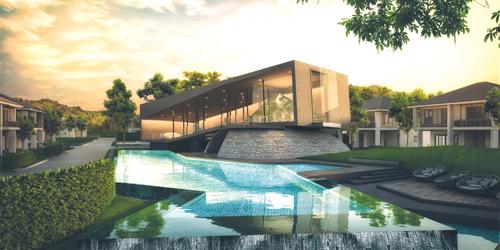 PHUKET CITY: Briton Aden Simpson, 21, a teacher at Satree Phuket School who was stabbed on July 16, has been discharged from Wachira Phuket Hospital.

Pol Capt Sathit Noorit, of Phuket City Police Station, told the Gazette today, “Mr Simpson is still recovering, but he is feeling better and has left the hospital.”

Now that Mr Simpson is feeling better, said Capt Sathit, he has had a chance to clarify a misunderstanding between police and himself over his original statement, which Mr Simpson gave while in hospital under sedation.

It was originally understood that Mr Simpson saw a group of teenagers trying to steal parts from his motorbike, and when he tried to stop them, one of the teenagers stabbed him in the abdomen.

However, Capt Sathit today said, “Mr Simpson explained to us that he was drunk before arriving at a tea shop [near Mission Hospital] late on the Friday night. Some girls were sitting with him, but they left before he did. When Mr Simpson decided it was time for him to go home he could not find his motorbike key.

“He saw a girl trying to start a motorbike, which he thought was his because it was the same make and color. But it wasn’t.

“He tried removing the key from the motorbike, but the girl fought to keep hold of it. As they struggled, Mr Simpson pushed the girl and she fell on the ground.”

Capt Sathit explained that Athit Tohmart, the girl’s brother, who was the owner of the tea shop, saw the struggle and came to intervene. He was carrying a knife and ended up stabbing Mr Simpson in the abdomen.

Athit is being held at Phuket City Police Station on charges of attempted murder. He has yet to appear in court.

Crackdown on peddlers and ladyboys