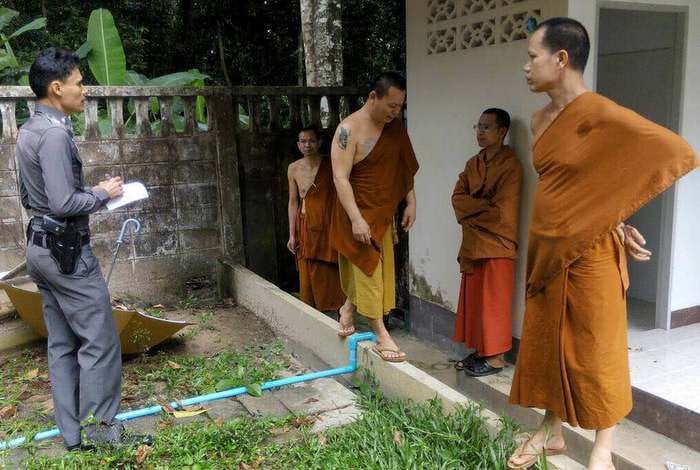 PHUKET: Police are investigating the death of a Cambodian national found hanged with his hands bound in a Phuket jungle area yesterday.

A 36-year-old Myanmar national discovered the body when he was setting squirrel traps in the wooded area in the vicinity of the Pitak Samanakij Dhamma retreat in Phuket Town.

The victim was identified only as Mr Wit, explained Maj Nucharee Longkaew of the Phuket City Police. Monks at the retreat confirmed that Mr Wit slept there.

“His hands were tied in front of him, against his chest, but we have yet to rule out suicide. It’s possible he did it to stop himself from struggling free at the last moment,” said Maj Nuchjaree. “We found a bottle of bathroom cleaning liquid by the body, but there were no signs of a struggle at the scene. If he was murdered, it most likely happened in a different location.”

Police estimate that Mr Wit died about three days before his body was discovered.

Fishermen ready to get PIST