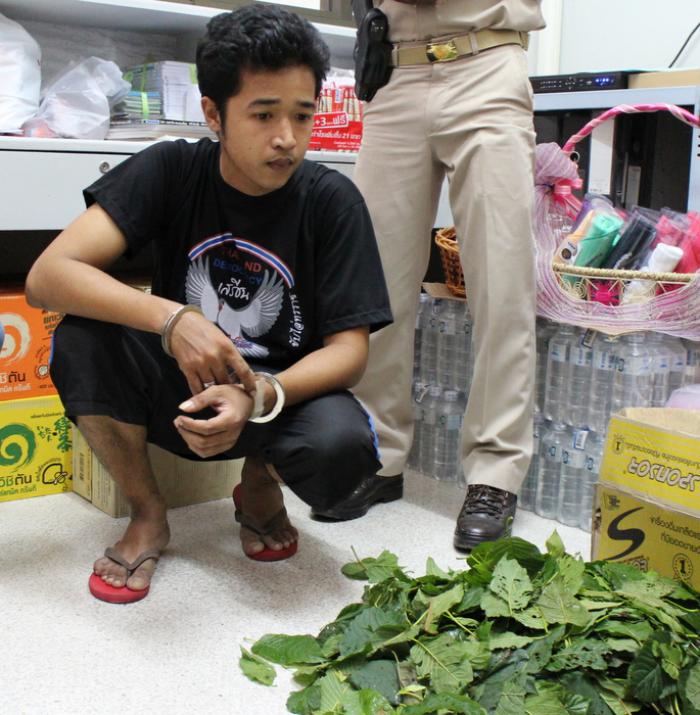 PHUKET: Amid the bustle of holiday travellers at Phuket Bus Terminal 2 yesterday, officers arrested a man after confirming that the box he retrieved from a bus contained kratom leaves.

The arrest of Polawat Jay-yeng, 25, occurred after a tip-off to Suthee Sirianant, Chief Administration Officer of Phuket City District Office.

“Mr Polawat picked up a Sponsor drink box from a bus that had arrived from Chumphon at 4:45pm,” Mr Suthee said. “We asked him if we could search the box, and inside we found 450 kratom leaves.”

Mr Polawat at first denied knowing the leaves were in the box, but later confessed he had bought them for 1,000 baht from a Myanmar national named Cho in Kuraburi, Phang Nga.

Mr Suthee and his team took Mr Polawat to the Phuket City Police station to be charged.

Despite national-level talks about six months ago to discuss whether to decriminalize the leaves (story here), they remain a Category 5 drug.