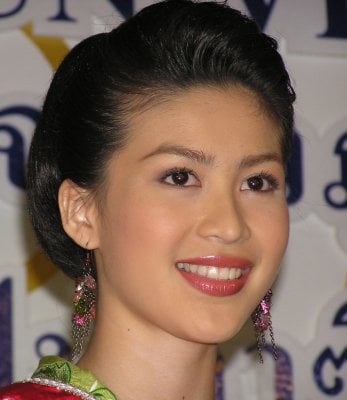 PHUKET: A 19-year-old from Bangkok was last night named the “People’s Choice” out of the 44 young women competing to be named Miss Thailand Universe 2005.

A total of 864 members of the 2,000-strong audience of VIPs at Phuket FantaSea voted for Nootsara “Jum” Suknamai to win the “Miss Phuket” award, after seeing all the contestants model batik and Yahya (Phuket-style) outfits.

The competition came near the end of a week-long stay in Phuket for the contestants in the national competition, during which they took part in a number of activities intended to promote post-tsunami tourism.

They are set to leave Phuket this afternoon for Bangkok, to prepare for the finals of the contest, due to take place on Saturday.

K. Nootsara, who said she thought she won the award because she smiled so much, said she was “delighted” to be named “Miss Phuket”.

“I’m very excited to win, and I would like to say, ‘Thank you’ to the people of Phuket who voted for me, and who made us all feel so welcome during the seven days we have been here,” she said.

“Our time here has been fun. It has been tiring because we have done so much here, but we are happy to help Phuket tourism recover from the tsunami.”

This is the second time K. Nootsara has been named “Miss Phuket”. The first was in 2002, when she came to Phuket during the preparations for the “Miss Teen Thailand” competition.

K. Nootsara’s prize was pearl jewellery worth 50,000 baht, and a five-year guest pass for two people to Phuket FantaSea.