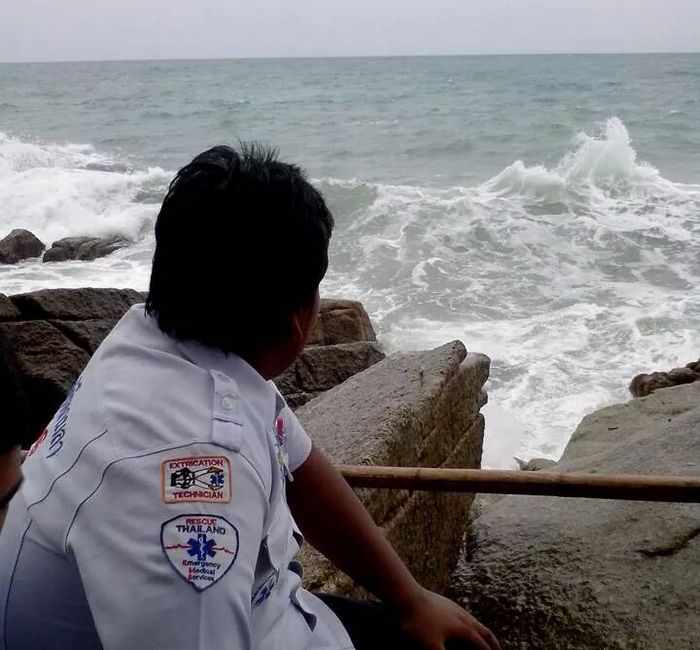 PHUKET: A man fishing on rocks at Laem Sing promontory, on Phuket’s west coast, slipped and fell to his death yesterday afternoon.

Sakorn Lamnaonan, 35, had taken a neighbor’s 10-year-old son to fish with him at about noon, Lt Prasert Thongprom of Kamala Police told the Phuket Gazette.

“It was very windy and big waves were washing over the rocks, which made them slick, and at about 3:30, Mr Sakorn slipped,” said Lt Prasert.

The boy ran for help but rescuers were unable to find Mr Sakorn. About an hour later, waves washed his body to shore.

“Mr Sakorn was originally from Sakon Nakhon Province in the Northeast. His body was taken to Patong Hospital and his relatives have been contacted,” added Lt Prasert.