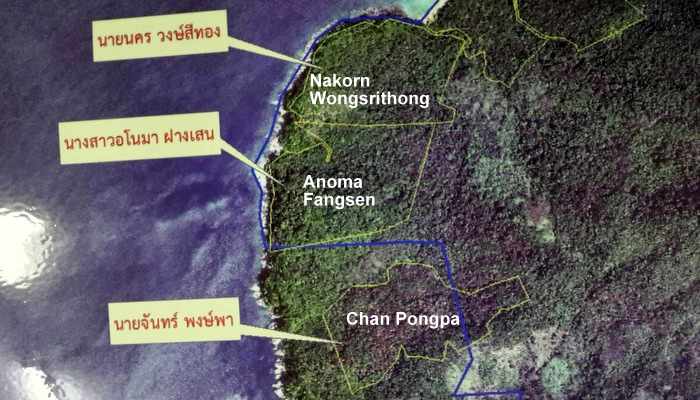 PHUKET: The Sirinath National Park chief is set to file a complaint against three people who are attempting to upgrade allegedly illegally issued SorKor 1 documents into land title deeds.

The land in question is denoted on SorKor 1 “claim certificates”, which show the shape and size of the relevant plots, but do not give an exact geographical location, and mark 260 rai of land allowed to be used by the document holder.

“These individuals have submitted the documents to the Land Office in order to have them upgraded to Chanote land title deeds. We have already submitted an application requesting that the submissions be denied,” Chief Kitiphat said.

“We believe the documents were falsified or illegally issued because all of the SorKor 1 documents for Sirinath National Park belonged to two people, and those were revoked in 1968.

“Additionally, the land that these individuals are claiming is still forested. It does not look like agricultural land, which is what SorKor 1 land is supposed to be used for.”

Mr Kitiphat explained that at this stage his team is only taking legal action against landowners. However, he expects to target any officials behind the creation of illegal documents in the future.

Additionally, his team is checking 10 land title deed applications at the Thalang Land Office, which are suspected of using illegal SorKor 1 as references.

The plots of land claimed by the three are part of the 89 plots in the process of being revoked (story here).