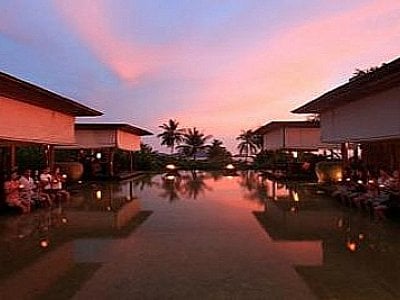 The deal was struck on April 21, with Jones Lang LaSalle Hotels acting as broker to the transaction, Mr Barnett said on his Property Insider website.

JTM (Thailand), a Thailand affiliate of the group, has been used as an operating entity.

LC Development has a significant stake in the Holiday Inn Resort Phuket.

“It’s not clear yet what the new ownership will do with the site, but one key element in the purchase of the resort is the large 75 rai site, with a considerable amount of vacant land.

“While no announcement has been made, industry speculation based on a close relationship between the developer and hotel operator IHG would point to the later ultimately being a potential brand partner,” Mr Barnett said.

“Another Singapore group co-owns a large site adjacent to the site, which had been pegged for a luxury Four Seasons resort. HPL, along with [global developing firm] Lehmans, had intended to promote the property, but post-financial crises and the latter group’s collapse [Lehmans] has put the project on the back burner.

“Long term, it’s believed the prime oceanfront site will be built into an upscale resort. This and the Evason redevelopment will be considerable game changers for the Rawai hospitality sector,” Mr Barnett added.

The buyout of the Evason Phuket follows the high-profile shutdown of the resort late last month when hundreds of employees were summarily dismissed and retrenched through redundancy packages.