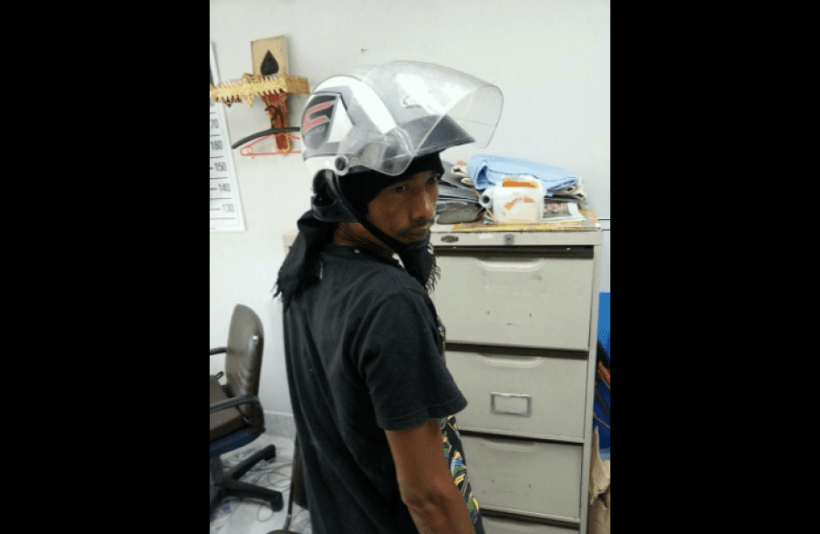 PHUKET: A serial thief was arrested in Phuket early this morning, after at least ten incidents of coin theft from washing machine slots were reported by laundry shop owners in the span of a week (story here).

“The suspect, Supachok Sudin, 36, is originally from Phang Nga. Over the last week or so, he has been driving around with a pair of pliers looking for washing machines to steal coins from. He is believed to have stolen about 10,000 baht overall,” said Lt Col Nat Promthep of Phuket City Police.

“We apprehended him after he attempted to unlock a machine in Soi Samakee, Samkong, near Bangkok Hospital. He escaped when he saw police at the scene, but we managed to capture him soon after,” Col Nat added.

Mr Supachok confessed to all ten incidents and was charged with theft.

One injured in single-vehicle Phuket crash