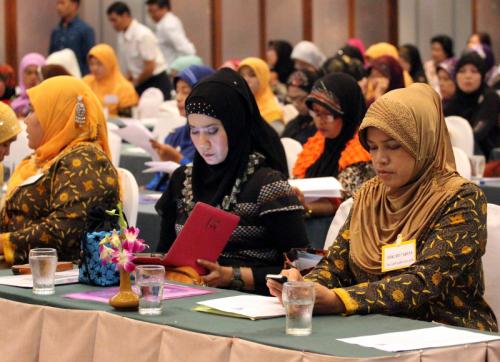 PHUKET: Recognizing the importance of women’s role in the family and in society, Phuket officials this week held a two-day seminar aimed at developing the leadership potential of Phuket Muslim women.

The seminar, held on Wednesday and Thursday and organized by the Phuket Provincial Administrative Organization (PPAO), aimed to improve Muslim women’s knowledge about their rights, roles and responsibilities, and to encourage them to openly communicate their opinions.

“We see the project as an important way to develop communities and even the nation because women are influential in the success of families,” said PPAO Vice-President Sorratham Jinda.

“Women teach their children to follow Islamic law and also counsel and support their husbands,” he said.

“We firmly believe that women are the key to effectively developing the institution of the family,” he said.

Corpse found by the road in Rawai