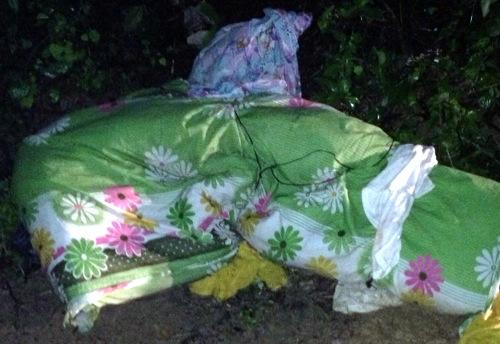 PHUKET: The body of a man believed to have been murdered was found wrapped in a blanket by the roadside in Rawai just after midnight on July 4.

“His skull was broken – it looked like it had been hit with a hard object. His face was bloodied and covered with a black plastic bag,” said Chalong Police Captain Thada Sodarak.

“We believe he had been dead for one to two days,” he added.

The victim was identified as Anuwat Kathong, 25, from Phang Nga.

Local residents saw the blanket tied with telephone cord by the side of the road. When they noticed feet sticking out of it, they stopped to investigate, he explained.

“We will continue the investigation to determine the cause of death and find the killer,” Capt Thada said.