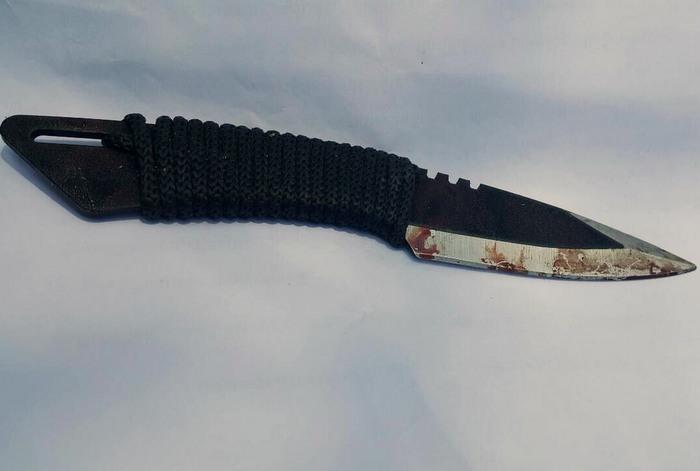 PHUKET: Police today arrested a second man in connection with the slaying of a French tourist in Patong yesterday. (story here).

“We tracked down Somkid Lhemood, 30, after checking CCTV in the area, which showed that another man was involved in the fight,” said Lt Col Sutthichai Thianpho of the Patong Police.

“Mr Somkid, who works with Mr Somporn at a Patong pub, said he saw his friend in a fight with two foreigners and went to help. However, they were still outmatched, so Mr Somporn confessed that he drew his knife and stabbed Mr Boukheddouma,” explained Col Sutthichai.

“Mr Missoury says he snatched the knife from Mr Somporn right after he stabbed Mr Akim. While being disarmed, Mr Somporn’s wrist was slashed.”

Police tracked down Mr Somporn while he was getting treated for his injury at Patong Hospital. They then transferred him to Vachira Phuket Hosptial and kept him under police surveillance.

According to Mr Missoury, the fight started because Mr Somporn crashed his motorbike into the tourists while they were walking back to their room. Mr Somporn, however, says that the men were drunk and stumbled in front of his bike.

“Mr Somkid believes he will not be held responsible for the killing because he was helping a friend that was being beaten up by two men. However, as he was involved in the altercation, his fate will be decided in court,” said Col Suttichai.