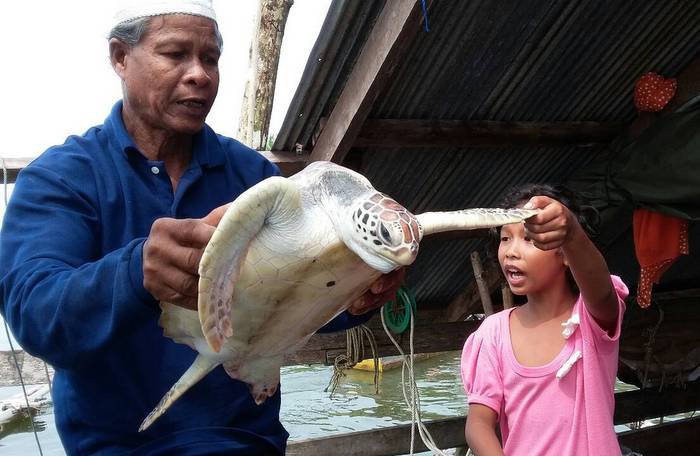 KRABI: A local fisherman caught quite a surprise yesterday when he found a sea turtle with a half swallowed fish.

Madyah Thamsuan, 63, was fishing near his home in Khlong Thom District when he noticed a turtle with a fish tail hanging out of its mouth.

“The turtle appeared to be very weak and was unable to either swallow or spit the fish out. So I took it out of the water and helped it,” Mr Madyah said. “It weighed about 20 kilograms and looked to be about 10 years old.”

“I have been fishing in the area since 2006 and have helped at least six injured turtles. I hope this one can make it,” Mr Madyah added.