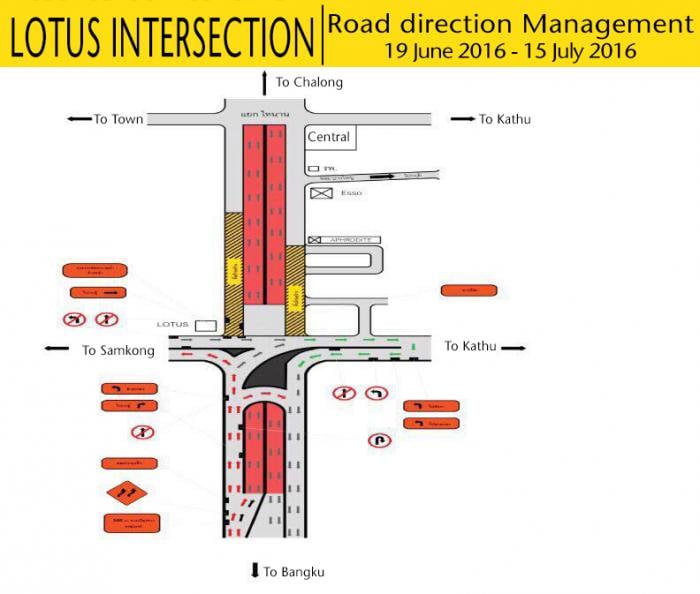 PHUKET: Both northbound and southbound lanes of the new Samkong Underpass are to be opened to traffic this Sunday, Phuket City Traffic Police has confirmed.

The route change is scheduled to be in place from June 19 until July 15, while drainage pipes are installed along the sides of the topside roads running parallel to the underpass between the Samkong Intersection and Bangyai Canal.

While work is under way to install the drainage pipes, traffic from Samkong will not be able to turn left towards the Darasamuth Intersection.

Instead, motorists should go directly across the Samkong Intersection and take the first u-turn in order to first head north on the bypass road and then make another u-turn to head into Phuket Town, said Col Teerawat.