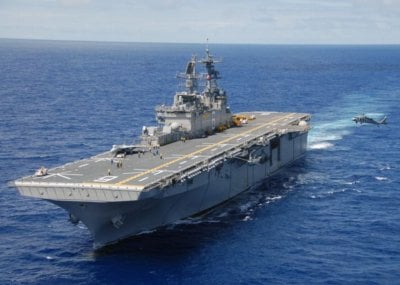 PHUKET: In advance of the arrival of two more US Navy ships full of marines ready for R&R in Phuket this week, Kathu Police are cracking down on criminal gangs of ladyboys.

Kathu Police Commander Grissak Songmoonnark said last time a large contingent of US Navy sailors were in Phuket around 80 ladyboys were arrested for petty crime.

About half of them came to the island from Pattaya with the intention of robbing the Americans, Col Grissak said.

Police would be checking their ID and employment cards, he said. Those who didn’t have the right papers “would have problems”.

Tomorrow, 300 US Navy Marines will arrive aboard the USS Ingraham.

On Thursday they will be joined by around 3,000 more aboard the USS Bonhomme Richard.

The crew have been training in East Timor and have been on board their ship for the past month in advance of their Phuket visit.

Only 2,500 marines would be allowed off the ships on any given day, Mr Robinson said.