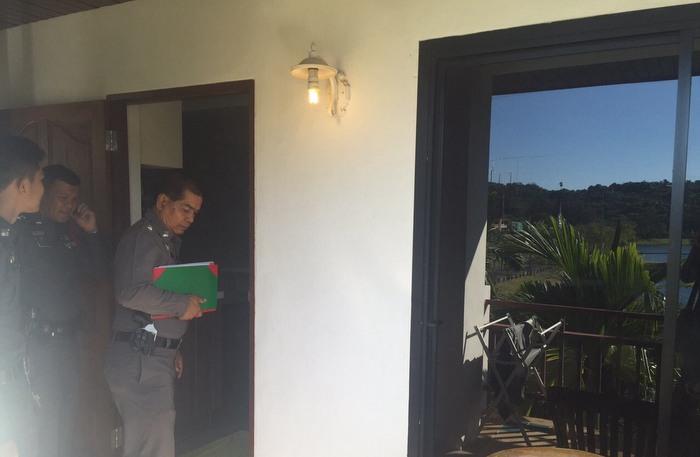 PHUKET: A Russian expat was found dead in his hotel room in Nai Harn yesterday morning, with a head wound he had reportedly received two days earlier.

Alexander Sharkova, 47, was found by his wife, Marina Sharkova, when she came to pick him up to go to the hospital.

Ms Sharkova told officers that on Monday her husband had informed her about a head injury he had incurred in a drunken fall. He adamantly refused his friends’ offers to be taken to the hospital.

“Ms Sharkova told us that her husband was a heavy drinker and often stayed in hotel rooms after drinking so that his children wouldn’t see him intoxicated,” said Lt Col Jamroon Plaiduang of the Chalong Police.

“The next day, Mr Sharkova continued to drink with his friends until about 11pm, but told his wife on the phone that his head was still causing him pain. So she told him she would come by the next morning to take him to the hospital.”

Mr Sharkova’s body was taken to Vachira Phuket Hospital to determine the cause of death.

“We found no signs of a struggle or that the hotel room had been ransacked,” Col Jamroon said.

Ms Sharkova did not have any questions about the circumstances surrounding the death of her husband.

Police are awaiting results from the hospital and have yet to conclude their investigation.