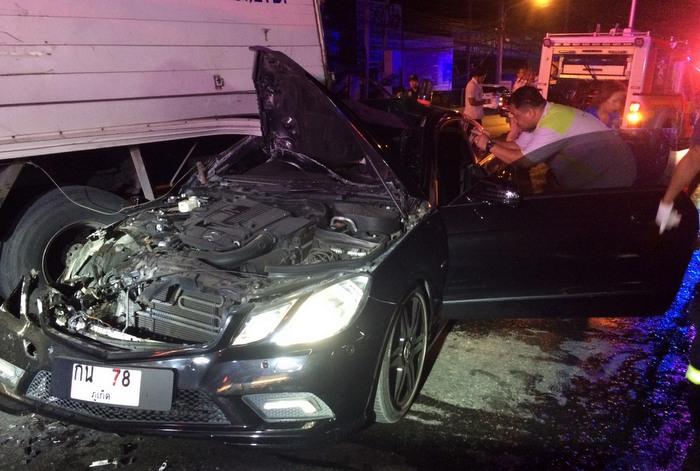 PHUKET: The Russian Federation’s Deputy Honorary Consul for Phuket died in a car crash early this morning in the Wichit sub-district. Authorities believe Santi Udomkiratak, 50, fell asleep at the wheel after they found no signs of attempted braking on the roadway.

Mr Santi’s body was pinned in the driver’s seat by the rear of the truck during the rear-end collision. Lt Patcharee Wongboon of the Wichit Police said Vachira Hospital staff are checking Mr Santi’s blood for evidence of intoxication.

“We are also checking CCTV around the area,” she added.

Mr Santi was the Deputy Honorary Consul of the Russian Federation for Phuket, Krabi and Phang Nga from 2008. The Phuket native also owned apartments and other businesses on the island (story here).