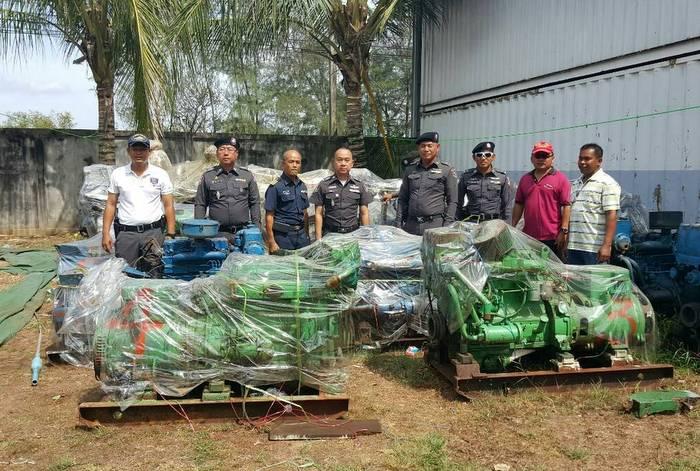 PHUKET: Marine police seized boat engines and other heavy machinery with a total value of five million baht, stored at a lockup in Rassada on Monday.

“We received a tip from an anonymous source that machinery was being stored in a fishing industry warehouse in Rassada,” Phuket Marine Police Chief Panya Chaichana said. “During an early morning raid on the facility, Police and Customs officers found nine boat engines, 22 generators and 13 boat gears.”

The owner of the facility, Chanwit Piyapanan, allegedly did not have the import and customs documentation. Mr Chanwit was charged with avoiding import and customs taxes, which carries a maximum penalty of five years imprisonment and/or a fine equal to quadruple the duty value of the goods.