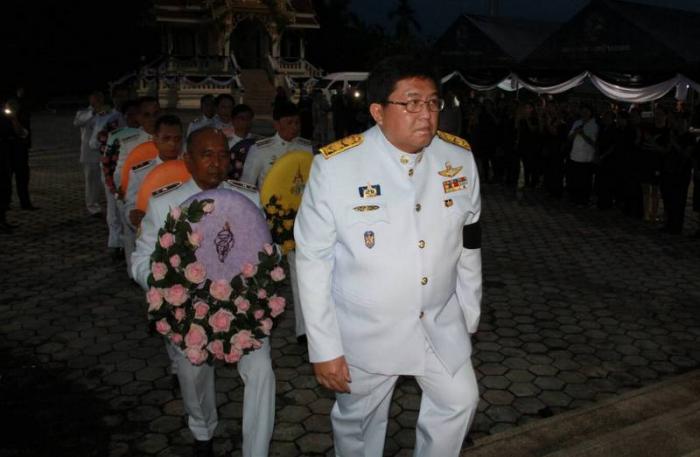 PHUKET: A Royal wreath placing ceremony was held at Wat Sopon Wanaram (Pa Khlok Temple) on Saturday to honor fallen soldier Thanapon Kaewpetch, a native of Phuket, who was shot dead while on duty in the Deep South last week.

He was killed while guarding the Thai military installation in Muang Pattani District.

Phuket Governor Chokchai Dejamornthan led the ceremony and was joined by local dignitaries, placing wreaths bestowed by Her Majesty Queen Sirikit and members of the Royal Family in front of the coffin.

Private Thanapon’s body was taken to his home in Pa Khlok sub-district by helicopter on Thursday (story here).

His cremation rites will be held at 1pm tomorrow at Wat Sopon Wanaram.