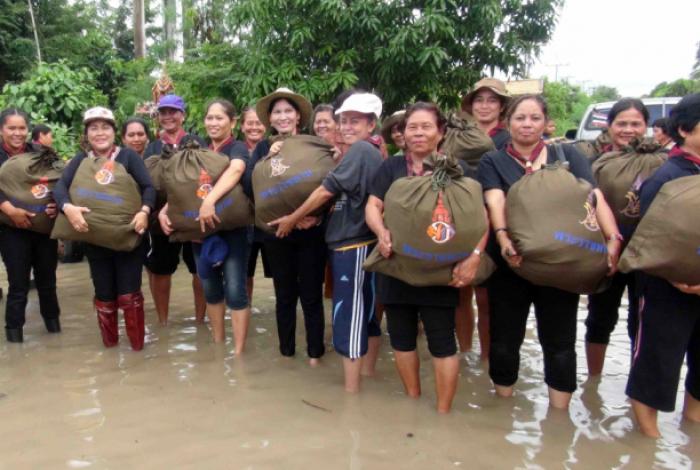 Nakhon Si Thammarat Governor Chamroen Tipayapongthada said 301,557 residents had been affected by floods, which have claimed five lives, damaged 890 homes and 159,363 rai of rice fields, 15,889 rai of plantations, and 1.1 million rai of orchards and other farm areas.

Songkhla and other southern provinces have been hit by heavy rains and floods since the beginning of the month.

Floodwater in Nong Trud, Bang Rak, Na Ta Luang and Na Toh Ming in Muang District, as well as areas in downstream Kantang District, were deep and draining slowly due to the seasonal seawater inflows.

Officials installed pumps borrowed from Phuket officials at the 20rai (3.2-hectare) Tha Chin Temple, which was surrounded by floodwater threatening hundreds of monks and their students. Officials said they hoped the two-meter-deep water could be drained in less than 24 hours if there was no more rain or runoff.

In Surat Thani, the Provincial Disaster Prevention and Mitigation office announced yesterday that the situation was improving after the rain stopped, although several coastal homes remained under one meter of water due to seawater inflows.

The week-long flooding has also caused many residents to develop water-borne sickness.