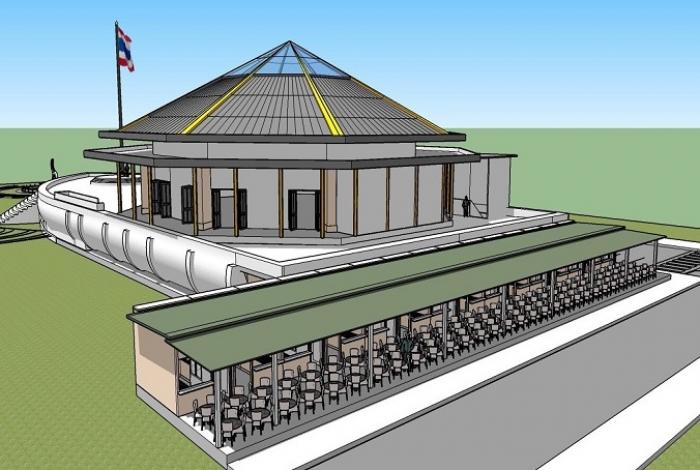 PHUKET: The long-standing dispute between Patong Municipality and Loma Park vendors regarding expiration of rental contracts and alleged violation of beach management rules was concluded after both parties reached an agreement yesterday afternoon.

A meeting between the two parties held on November 1 was chaired by Phuket Governor Chokchai Dejamorthan and lasted several hours. It ended in a deadlock, however, with the vendors insisting on being allowed to operate their businesses there and Patong Mayor Chalermluck Kebsup insisting on ousting them to build a convention hall in that space (story here).

Municipality officers attempted to cordon off the area on November 24, but a group of vendors gathered and pleaded with the municipality workers to allow them a chance to talk to the provincial committee (story here).

Twelve of the 16 vendors at yesterday’s meeting agreed to leave the area by April 30, 2017 whereas three were on the fence and one disagreed. Mayor Chalermluck said she was satisfied with the outcome.

“The conclusion of this matter works out perfectly, as it gives us just the time we need to design blueprints and find a construction company to build the convention hall,” she explained.

“Once the vendors leave, we will start construction, probably by May. For the duration of the construction, we will give the vendors temporary space to operate their stalls. Once it’s finished, they will have to permanently move inside the building’s food court or food center at the supermarket.”