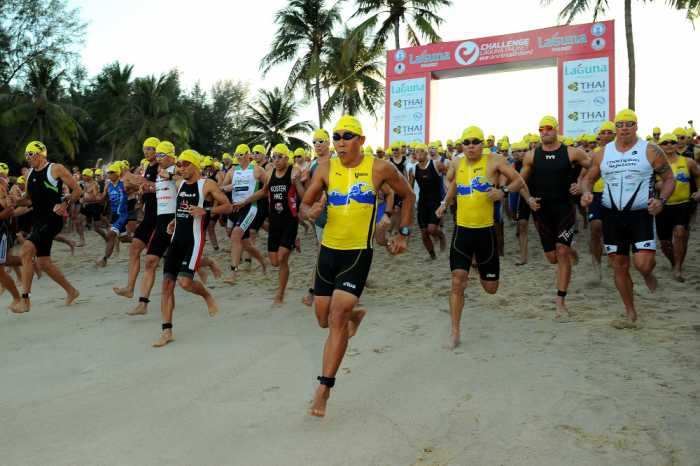 PHUKET: Registration is still open for the 2014 half-distance Challenge Laguna Phuket in Thailand – and the opportunity still exists to compete in this unique destination event that has captured the hearts of triathletes all over the world.

The race, set for November 30, will be the second Challenge Family series race to be staged on this paradise tropical island, a week after the celebrated 21st annual Laguna Phuket Triathlon (LPT).

The days between the two events will be filled with a Tri-Fest of training and social events held in and around the luxurious Laguna Phuket destination resort.

This triathlon carnival has proved a popular attraction for international athletes eager to sample the delights of Thailand, while rubbing shoulders with the likes of Rasmus Petraeus (DEN) and Melissa Hauschildt (AUS), last year’s Challenge Laguna Phuket champions.

This year, both Petraeus and Hauschildt will return to defend their titles. They are set to face strong challenges from a field that will include many of their competitors from last year; Ruedi Wild, Massimo Cigana, Radka Vodickova, Belinda Granger and Ange Castle have all confirmed to race the 2014 Challenge Laguna Phuket on November 30.

For more information or to register for the Challenge Laguna Phuket, visit: www.challengelagunaphuket.com/