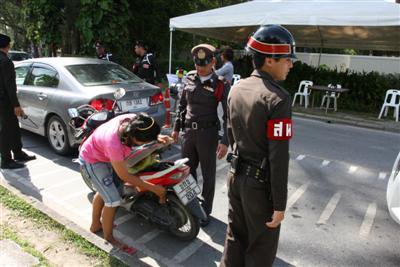 PHUKET TOWN: A majority of Phuket Gazette readers have operated a motor vehicle in Phuket while under the influence of alcohol, according to the latest readers’ poll.

A total of 844 readers cast votes in the survey.

Overall, 36.7% of readers have driven under the influence “many times”, while just over 32% have done so “a few times”.

Roughly the same proportion of Thai nationals (37%), expats (39%) and tourists (32%) said they had operated a motor vehicle “many times” while under the influence.

Tourists break from the pack with 38% claiming to have never operated a motor vehicle after drinking. Only 28% of Thai nationals and 27% of local foreign residents said they had never done so.

Although the numbers show that tourists are more likely to refrain from drinking and driving, it still stands that well over half of each demographic have risked Phuket’s roads while under the influence.