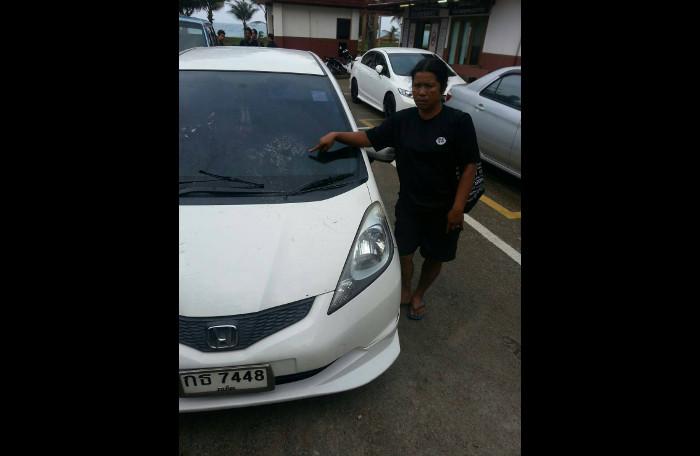 PHUKET: A Russian woman was arrested and charged this morning after flying into a rage and throwing bricks at vehicles outside a hotel in Karon around 4am.

Ms Bravova, 45, (full name withheld), cracked the windscreen of a Honda Jazz and damaged the back of a minivan during her tirade, reportedly shouting about something she had lost in front of the Hilton Arcadia Resort & Spa in Karon. However, Ms Bravova was not a guest at that resort.

Witnesses said it wasn’t entirely clear what the woman was upset about, but she did appear to be intoxicated.

The vehicle owners filed charges of criminal damage with Karon Police. Lt Suwisit Srirak said Ms Bravova confessed and was willing to cover the costs of the damage to the vehicles.

She was charged with causing damage to property.