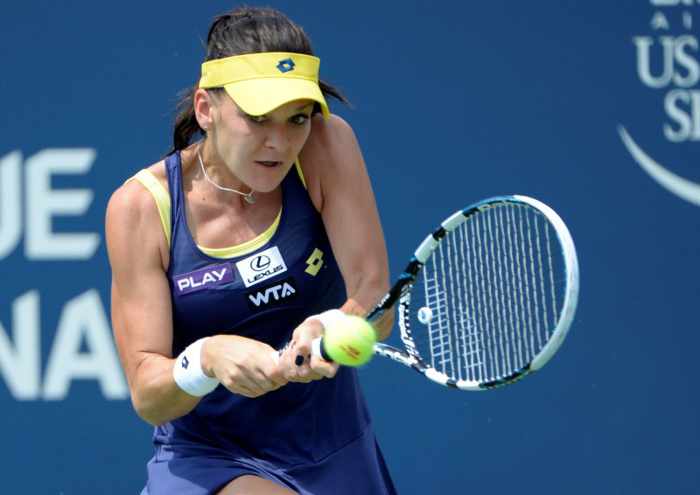 PHUKET: Agnieszka Radwanska tamed Venus Williams 6-4 6-2 to win the Rogers Cup in Montreal on Sunday, the third seeded Pole setting herself up as a player to watch at the U.S. Open.

The first win of the season for Radwanska, it provided a timely jolt of confidence going into Flushing Meadows and the year’s final grand slam with 11 of her 14 career titles having come on hard courts.

“One of my biggest title,” said Radwanska, who has registered a long line of firsts for tennis in her country, including Poland’s first grand slam finalist and first Pole to win a WTA Tour title. “As you can see in the draw had pretty all top players. So very, very special title for me.

“I think she (Williams) played great tennis whole week, playing and beating a lot of good players on the way to the final.

“I think I even happier to beat Venus when she’s really on fire.”

Williams, a twice U.S. Open champion, will also be buoyed by her performance in Montreal with a projected return on Monday to the world rankings top 20 for the first time since March 2013.

The tournament also pushed Williams past the $30 million in career earnings, joining an elite club that includes her sister Serena and Maria Sharapova.

“I totally wanted to be in the top 20 like earlier this year,” said Williams. “I’ve been having goals. It’s always a goal in mind for myself and hopefully most tennis players.

“I would love to hit the top 16 and just keep going forward after that. Obviously, if I can continue this level of tennis, it will be something that can happen for me.”

After a grinding and emotional three-set win over top ranked sister Serena in Saturday’s semi-finals, the 34-year-old American appeared to have little left against an energetic and focussed opponent almost 10 years her junior.

“It’s been a really long week, I played like six matches in a row,” said Williams. “Against her you really have to be patient.

“I just fell a little short today. I wanted to give more but I just didn’t have it.

“I really would like to think under circumstances where I could give everything I have, that the results could have been a little different.

“She just was a little too good today.”

Williams would break back but the world number five would not buckle and easily took the opening set.

She opened the second set with another deflating break to quickly put the pressure on Williams and then broke the dejected American again to go up 5-2 before holding serve and finishing off the match with an emphatic ace.

“I was playing much better every match,” said Radwanska. “I didn’t start that well from my first match. I think every match was much better. That’s why I think I sitting right here now.”