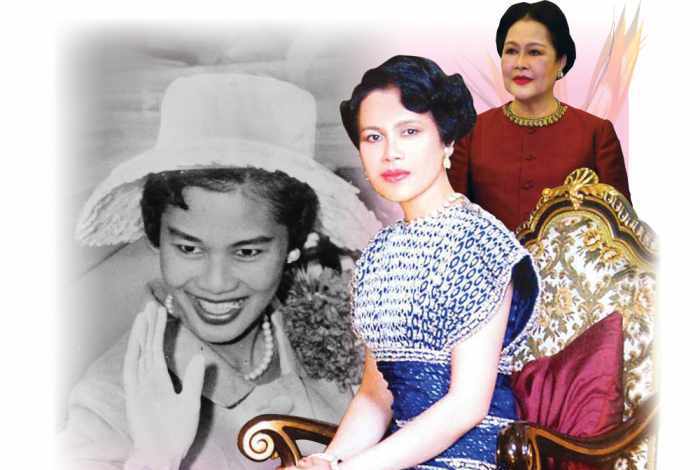 PHUKET: Today, August 12, Thais throughout the country and the world celebrate the birthday of their beloved Queen and Mother of the Nation – Her Majesty Queen Sirikit Kitiyakara, who turns 82 this year. The day is also celebrated in the Kingdom as National Mother’s Day.

Born in Bangkok in 1932, Queen Sirikit is the eldest daughter and the third child of HRH Prince Nakkhatra Mangkala Kitiyakara and Mom Luang Bua Kitiyakara. Her name, which was given by Rama VII, King Prajadhipok, means “the Greatness of Kitiyakara”.

Her Majesty spent her early years in Bangkok, but joined her family in Europe in the 1940s. As her father was an ambassador, she travelled and lived in various countries, including the United Kingdom, Denmark, France and Switzerland.

It was at the Thai embassy in Paris that she became acquainted with the newly-crowned Thai monarch, HM King Bhumibol Adulyadej, who was visiting the “city of love” during a break from his studies in Switzerland.

In 1948, HM King Bhumibol was involved in a car accident in Switzerland, and as the story goes, the young princess visited and tended to him while he was recovering in the hospital; a blossoming friendship soon bloomed into a storybook romance.

The young couple were married by April, 1950, a week before HM King Bhumibol’s coronation. Queen Sirikit went on to bear the King a son – the Crown Prince – and three Princess daughters.

Initially, Mother’s Day was celebrated on April 15 in Thailand, but the date was changed to August 12 as directed in the The Royal Mother of All Thai Citizens, published by the Ministry of Education on July 6, 1977.

From that point, on August 12 Thais not only honor and show appreciation for the life, deeds and accomplishments of their beloved Queen and Mother, they also take the opportunity to show love and gratitude to their own mothers.

To commemorate this special day, Phuket Governor Maitri Inthusut presented Queen Sirikit as an example for all mothers to follow.
“Her Majesty The Queen is concerned about five things and I wish that we all follow her lead,” he said.

“Her Majesty is concerned about water pollution. We cannot deny that water is critical to all of us. Forests are also a priority for Her Majesty, which is why we always plant trees whenever we have a chance.

“HM Queen Sirikit also concerns herself with the preservation of the traditional methods of producing Thai silk, as well as with eradicating drugs and being of service to society. She always has the good of society in mind and she is willing to help people all the time.

“I wish every mother would follow the great example of HM the Queen.”

A host of special ceremonies are being held at different locations across Phuket on August 12 to honor and celebrate HM Queen Sirikit’s 82nd birthday and to celebrate Mothers’ Day.

In Phuket Town, ceremonies organized by the Phuket Provincial Office began at 6:30am, in front of 72nd Anniversary Queen Sirikit Park with a breakfast blessing ceremony by 83 monks.
At 7am, everyone who attended the morning ceremony had the opportunity to offer alms to monks. After the morning ceremony concluded, well-wishers could sign a book at Satree Phuket School to pay respect to HM Queen Sirikit and to wish her a happy birthday.

Night festivities at Saphan Hin will begin at the main stage area at 5pm. The evening’s itinerary includes homage-paying ceremonies and stage performances, followed by a candlelight ceremony at 6:50pm led by Governor Maitri.