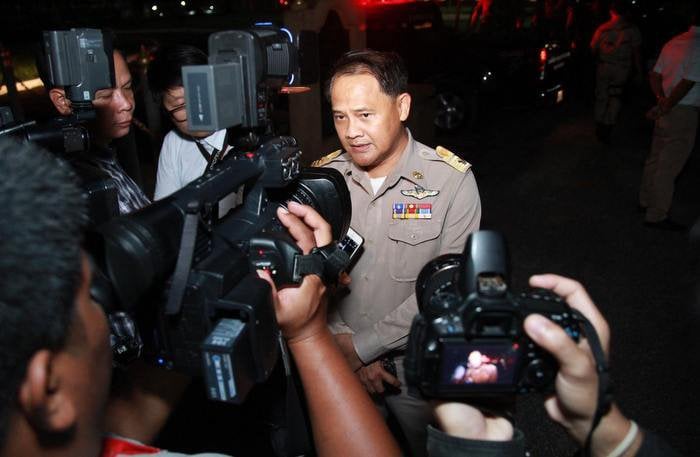 PHUKET: A raid by provincial officers on the island’s popular nightlife spots found one Phuket Town bar to be operating as a nightclub without permission last night.

“We followed an order from Governor Nisit Jansomwong to strictly check for underage drinking, adherence to a ban of alcohol sales near educational institutions, drugs, weapons and inappropriate sexual activities,” said Mr Parkpoom.

The raids follow a new law put into effect on July 22 which bans the sale of alcohol within 300 meters of universities and technical colleges (story here). The law aims to stamp out underage drinking.

“Last night we found no illegal activities except for at one venue named Fubar. Fubar was charged with operating as a nightclub without permission,” Mr Parkpoom said.

“However, we found no drugs, underage drinking, or weapons at any of the bars in town.”

Thanut Tawinkit, one of Fubar’s shareholders, told the Phuket Gazette today that the bar would close for four days so that it could take care of the necessary paperwork to become legal.

“We are closing the bar so that we have time to follow the orders of the officers that raided our venue last night,” said Mr Thanut. “We will do everything they’ve asked of us in order to become legal.”

Raids were also carried out at venues in Kathu and Thalang.

Kathu District Chief Sayan Chanachaiwong told the Gazette that he warned two mini-marts next to Prince of Songkhla University to stop selling alcohol.

“We issued a warning, and they have ceased alcohol sales,” said Mr Sayan. “On Saturday, we closed a bar named At Friend, also near the university, for selling alcohol. They were charged with selling alcohol without permission.”

There were no illegal activities found in Thalang district.

“All venue owners cooperated with us,” Thalang District Chief Veera Kerdsirimongkol told the Gazette, adding that officers will continue to conduct raids following the new legislation.

“We would like to suggest that all nightlife venue owners be careful to follow the new law, as it going to be strictly enforced,” Mr Parkpoom said.

“People under 20 years old are fully forbidden from consuming alcohol. Any nightlife venue found to be supplying alcohol to minors will be closed for five years.”