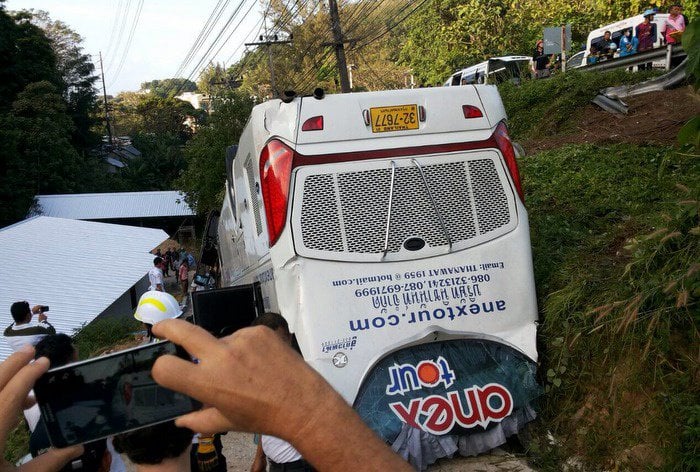 PHUKET: Police have closed the books on a fatal crash in Kamala that left nine Russian tourists injured after their tour bus collided with a Ford Fiesta (story here).

The 37-year-old driver of the car, Tantima Thaworn, later succumbed to her injuries (story here).

“The case was closed shortly after the death of Ms Tantima,” said Lt Col Nanon Pitakkultorn of the Kamala Police.

The bus driver, Aroon Yaemkua, told police that the accident was caused by a car attempting to overtake the bus. However, police declined to reveal the final results of their investigation.

“I cannot reveal any further information about the case, as we are considering it confidential,” Col Nanon said.