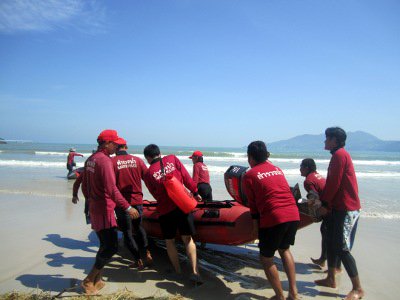 PHUKET: A search party of 20 Phuket Marine Police officers are scouring Patong Bay this morning in search of an American student who disappeared in the surf while swimming late last night.

The 21-year-old student, whose name police have yet to release, disappeared at about 10pm while swimming with three friends in front of the Phuket Graceland Resort & Spa, where the students are staying.

“The students came to Phuket for their summer program. They are accompanied by a teacher from the university,” he added.

The three other students made it back to the beach last night and raised the alarm when they noticed their friend was missing.

“The Marine Police sent officers to search for him last night, but they have yet to find him,” Col Panya said.