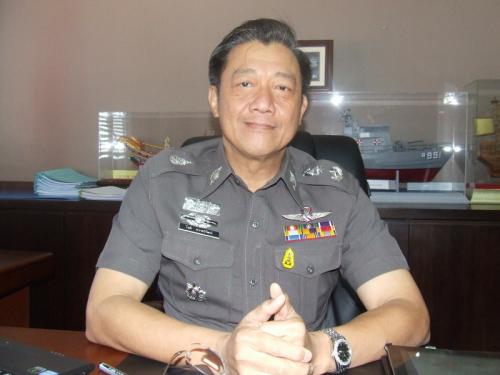 PHUKET: A 30-day boost in tourist-safety measures on Phuket sees an additional 400 Royal Thai Police, sourced from every division of the force, stepping foot on the island today.

The desperately needed extra “troops” on the ground comes days after Ambassadors to Thailand from Canada, the Netherlands and UK visited Phuket Governor Maitri Inthusut to voice their concerns about tourist safety.

“Due to the vast number of tourists visiting the island, the Commissioner-General of the Royal Thai Police is making public safety on Phuket a priority during the high season,” Phuket Provincial Police Commander Choti Chavalviwat told the Phuket Gazette.

In addition to beefing up police presence on the island, an 89 million-baht CCTV installation project presented by Phuket Provincial Administration Office (PPAO) is being considered by the Cabinet in a meeting on Koh Samui.

The project aims to increase the government’s 242 CCTV cameras across the island by 2,400 cameras. If approved, it will be a scaled-down version of the 10,000 CCTV camera project originally proposed by PPAO President Paiboon Upatising in response to the Michelle Smith slaying in June.

“The sooner we install the cameras, the faster we can catch suspects,” he added.