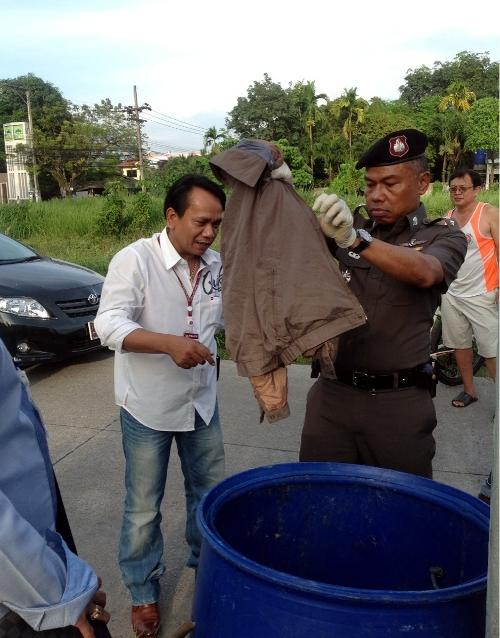 PHUKET: Police have offered a 100,000 baht reward for any information leading to the arrest of a man who made a fast-cash “withdraw” of over a quarter million baht at gun point from a Phuket bank yesterday afternoon.

“After reviewing the CCTV footage, we have established the man escaped on his motorbike down Soi Anusorn 5.

“We have also found the jacket he was wearing during the robbery in a rubbish bin in the area,” Maj Gen Choti said.

“The jacket has been sent to the Phuket Forensic Office to see if any DNA samples can be pulled from it,” he added.

The police are also trying to establish if the gun used during the robbery was a real or replica hand gun.

Yesterday’s robbery was not the first, with nearly one million baht being stolen from the bank in the last 12 months.

“Minute Man” Anusit Kaewmookda made off with 650,000 baht from the bank in less than 60 seconds on January 29 last year.

He was arrested on November 3, while on the run, after robbing the KBank branch on Thepkrasattri Road in Rassada four days earlier. In that robbery, Anusit made off with a reported 2.7 million baht. Again, the robbery was conducted in less than 60 seconds.