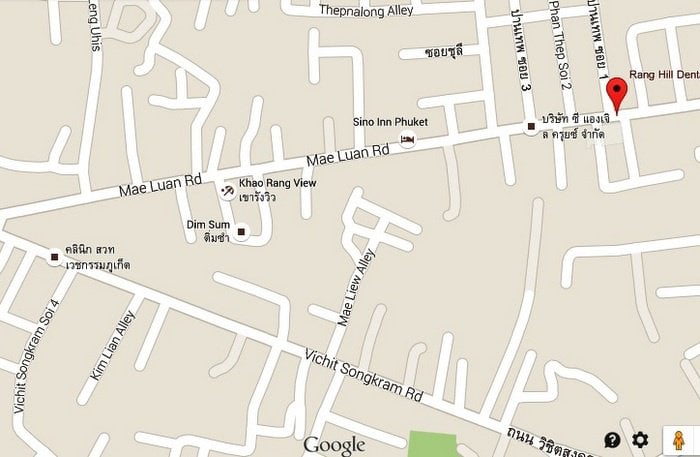 PHUKET: Island officials have established six new ‘no-parking’ zones and extended the hours in which it is prohibited to park on some of Phuket Town’s busiest streets in order to combat traffic congestion in the area.

The move was prompted by the ever-increasing number of cars on Phuket and the subsequent worsening of traffic congestion, especially on narrow Phuket Town streets, Lt Col Teerawat Leamsuwan of the Phuket Traffic Police told the Phuket Gazette on June 5.

“The Phuket Traffic Police launched these new zones on May 11. However, we have yet to begin enforcing the rule, as we still need to install signs informing motorists when parking is prohibited,” he said.

“Once the signs are prepared, we will start fining people who park illegally.”

Besides the new zones, police have also extended the time periods in which it is prohibited to park in already established zones in Phuket Town, added Col Teerawat.

Phuket City Deputy Mayor Thavorn Jirapattanasophon confirmed to the Gazette that the signs would be installed within a month.

“For the already established zones, we added the new times onto the signs by placing stickers on them,” he said.

“We need a bit more time for the production of the new signs, but the process shouldn’t take very long.”

The no-parking zones and time restrictions are as follows:

1. All vehicles are prohibited from parking from 7am-9am every day except on Sunday on the northbound side of Mae Luan Road, when heading from the intersection of Wichitsongkram Road and Mae Luan Road toward Patiphat Road.

2. All vehicles are prohibited from parking from 4pm-7pm every day except Sunday on the southbound side of Mae Luan Road from Patiphat Road to Wichitsongkram Road meet.

3. All vehicles are prohibited from parking from 4pm-7pm everyday except Sunday on either side of Mae Luan Road from Patiphat Road and Satun Road.

4. Parking is prohibited for all vehicles at all times on the northbound side of Mae Luan Road (in front of Muang District Office) from Satun Road and Yaowarat Road.

5. All vehicles are prohibited from parking from 7am-9am everyday except Sunday on the southbound side of Mae Luan Road between Satun Road and Yaowarat Road.

6. All vehicles are prohibited from parking on the eastbound side of Yaowarat Road (opposite Vachira Phuket Hospital) between the traffic lights in front of Vachira Hospital to Komaraphat Road.