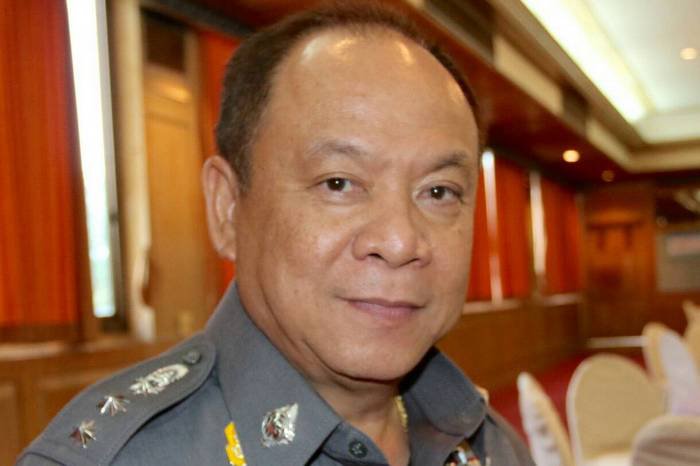 Col Kraithong Chanthongbai, 60, from Phang Nga province, is the superintendent of the Phuket City Police. He earned a PhD in public administration from Bangkokthonburi University, and has been superintendent since January this year.

Here, he talks about the role of technology in the investigation process, problems Phuket police face in solving crimes, and different approaches taken in cases involving foreigners and Thais.

PHUKET: Crimes are unpredictable and challenging for police to solve. The time it takes police to close a case depends on how much evidence we have; sometimes there is enough evidence, and sometimes not.

I will admit that technology has greatly improved our ability to search for clues, as we can consult CCTV footage, GPS tracking information, pictures and video for relevant information.

Technology plays an especially important role in our investigations when there are no eyewitnesses to a crime. Phuket has CCTV now for almost the entire island, so we are able to identify and track down many criminals using this footage.

One problem we do face, though, concerns mobile phone information and GPS tracking. Thailand does not have top-of-the-line technology in that respect. In addition, mobile network carriers are not very co-operative when it comes to releasing information to police. They are always concerned with customers’ privacy. This can really slow down an investigation.

I think all parties – police, mobile network carriers and customers – should come together and suggest ways to improve this system for solving crimes.

Besides adequate technology and access to information, the quality of human resources plays a big part in our ability to carry out our duties as a police force. We have enough police officers to do what we need to do, but the quality of officers, in some cases, is lacking.

It is important that the government address this problem, and employ more stringent and strict standards when choosing citizens to enter positions in law enforcement. We need more quality police on the island.

Phuket is very unique in that both Thai people and foreigners commit serious crimes here. We must have police who are equipped to handle any case assigned to them.

Take ATM skimming cases for example. These criminals are professionals. They understand technology, they understand Phuket and they know what to do.

The process of finding and arresting suspects also varies depending on their nationality. For foreigners, police have to consult both local police databases as well as immigration databases in order to track down a suspect. We also have to be careful with evidence and questioning witnesses to ensure that we have accurate information before requesting an arrest warrant from the court.

Like our issues with mobile phone information access, we often run into problems with police and immigration databases, as our technology isn’t as advanced as in Western countries. This often leads to long investigations when foreigners are involved.

For Thai criminals, however, the process is a bit quicker and easier, as we have more accessible data about our own citizens. We can also consult relatives, friends and acquaintances to help us track the suspect down.

Each case is different. In my experience, the most difficult cases involve murders and hiding of bodies and evidence, and cases which involve high-ranking or well-known locals. We must always be careful and make sure we have enough evidence for the court.

We always do our best to uphold the law and bring criminals to justice, but we also must have co-operation from other local authorities and parties involved. When it comes to battling crime, we must all work together.

Opinion: Too good to be true