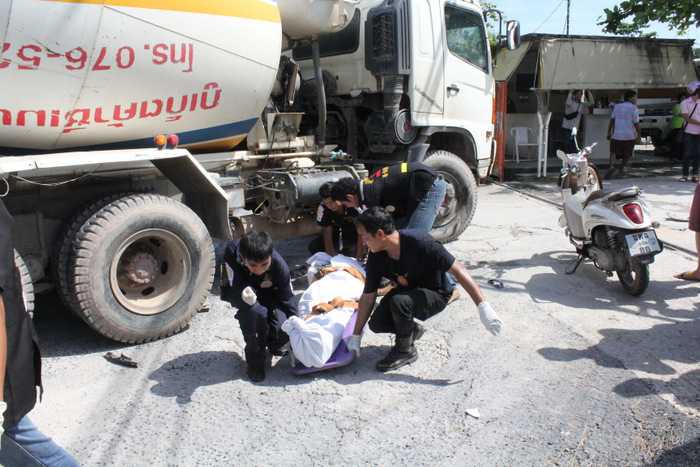 PHUKET: Police are searching for the driver of a cement-mixer truck who hit and ran over a local student at Phuket Rajabhat University yesterday.

The student, Chalermchai Lakbaan, 18, died instantly when his head was crushed under the wheels of the juggernaut.

“We are searching for the truck driver, and we have urged the company to try to find him and convince him to surrender to police,” he said.

Witnesses told police that Mr Chalermchai sped up to overtake the truck, which at the same time began to turn right to enter the cement factory site.

The truck has been impounded at remains at Phuket City Police Station.